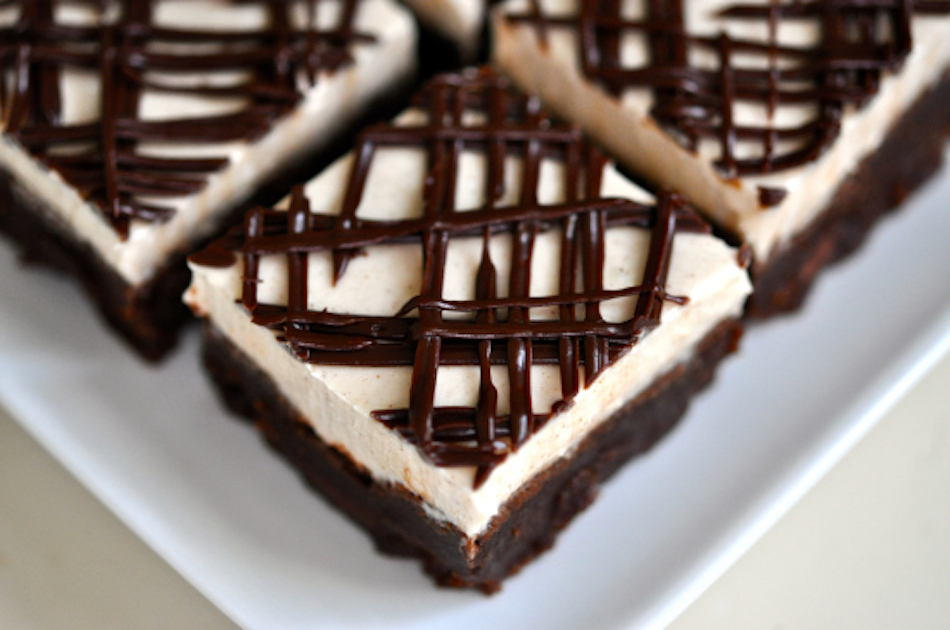 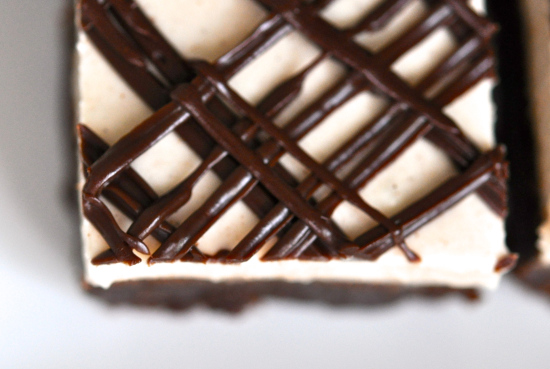 In the morning, I like my coffee hot, with cream and sugar. And, I love you, but please don’t talk to me until after I’ve finished my first cup.  In all likelihood, I may not remember anything you said. I have pajamas that say “No Coffee, No Talkie.” It’s a rule around here. Is anyone else like that, or is it just me?

Perhaps, I might also have a thing for chocolate. Maybe. It’s not out of control. It’s minor. Like Game 7 of the Stanley Cup Playoffs, in the third period, with the score tied and only 30 seconds left to play, is a regular hockey game. It’s kinda like that. No. Big. Deal. Ha!

Combining two of my favorite things with these triple layer Cappuccino Brownies, was like two parts of my heart coming together and singing the happy praises of caffeine and chocolate. It’s a beautiful song. A beautifully caffeinated song.

This recipe is straight from a 1991 issue of Gourmet Magazine. Oh man! They get it right with this one! (Of course they did, it’s Gourmet Magazine!) Deeply chocolatey and spiked with espresso, both in the bottom brownie layer and in the chocolate glaze on top. A sweet creamy cinnamon vanilla cheesecake center rounds it all out perfectly. A little warning: these are very decadent. The 9 x 13 pan will make about 36 brownies, so bring them to a party or potluck. You can also cut the recipe in half and make them in an 8 x 8 inch pan. You know, for those times you don’t feel like sharing. Like maybe today.

Rich and decadent, these triple layer Cappuccino Brownies are sure to be a hit with the coffee lovers in your life!
By: My Imperfect Kitchen 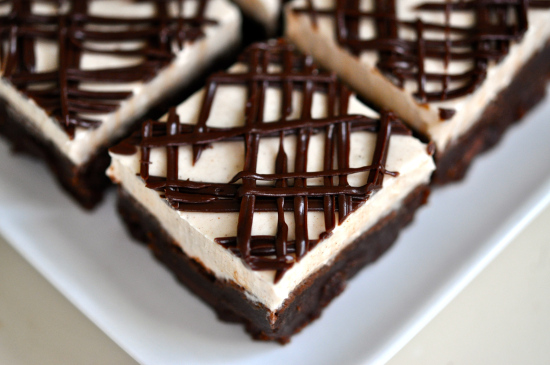 I’m testing out this new recipe plug in, so you’ll have to let me know what you think.  Also, do you like the spiffy new site? I’m basically in-love with it. Almost as much as I’m in-love with these Cappuccino Brownies.

Try my Double Chocolate Peanut Butter Banana Muffins (with a side of coffee, of course!)

Or my Double Chocolate Espresso Biscotti! Hmm… are you sensing a theme?  :-)