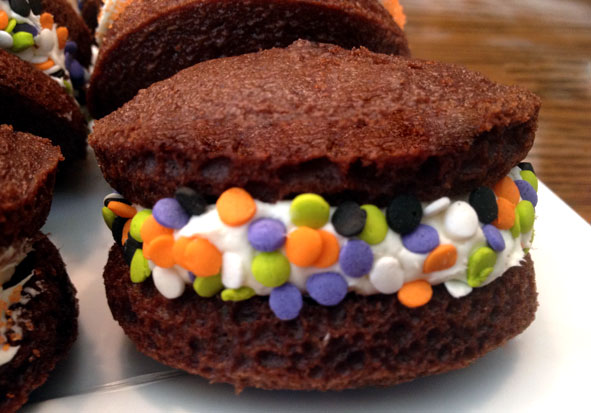 I’m experimenting again! This time it’s Whoopie Pies, also known as “Gobs.” (Gobs?  Where did they come up with a name like that?  Anyone know?) Being a Southern California Girl, Whoopie Pies are not something we usually find in our bakeries. They are considered a New England/Amish/ Pennsylvania Dutch Treat.  Apparently, they are a favorite comfort-food in the state of Maine. Folks there love them so much, the state legislature considered making Whoopie Pies the official State Treat! Who could blame them, really?  Little chocolate cakes with a sweet fluffy filling! Ummm, YES!

Since Halloween is just a few weeks away, I took some liberties with tradition and rolled my whoopee pies in orange sugar sprinkles and decorative candy pieces.  If you live in Maine, please forgive me. 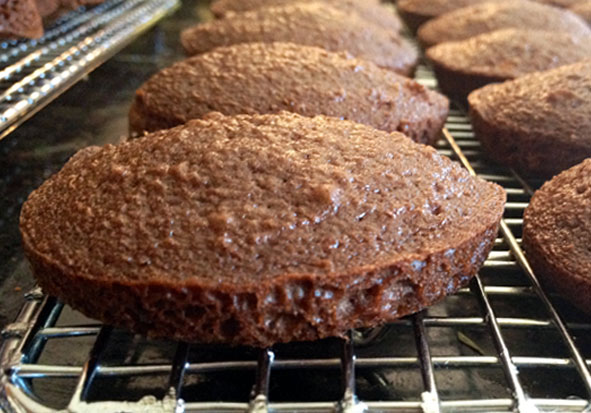 The base for the Whoopie Pies is simple. The chocolate cake-like batter is placed on a cookie sheet in mounds, then smoothed out to resemble little hamburger buns.  (Of course, you could cheat like I did and use a Wilton Whoopie Pie Pan.)  They are baked and then set out to cool. 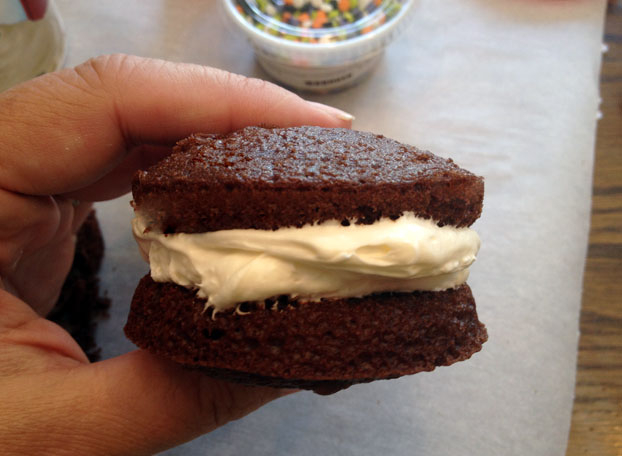 Once the cakes are cooled completely, tradition calls for them to be filled with a sweet marshmallow fluff.  You can make it yourself (It’s super easy!) or buy it (*gasp*)  Either way, it’s going to be delicious! 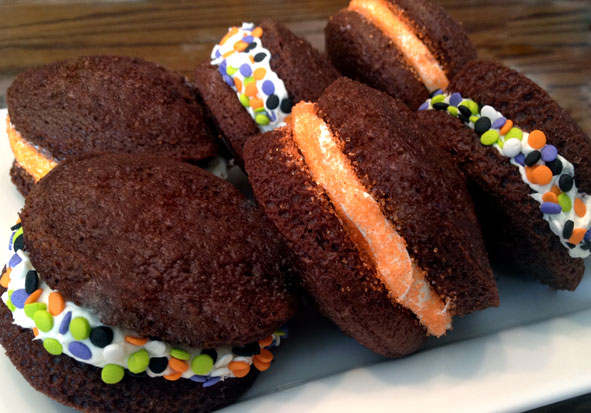 I’m pleased with how these Whoopie Pies came out! I don’t know why they aren’t more popular here, but maybe I could start a tradition?  What do you say So. Cal?  Are you up for it?

Warning: count(): Parameter must be an array or an object that implements Countable in /home/customer/www/myimperfectkitchen.com/public_html/wp-content/themes/elara-pro/parts/shop-this-post.php on line 16