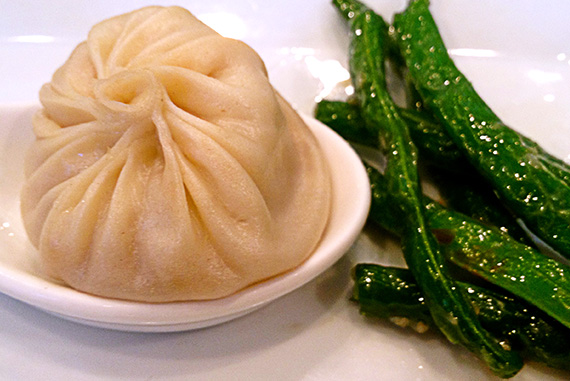 The first culinary adventure of 2013 was a walking tour in Arcadia, California! The “Delicious Dumplings” Tour from Six Taste, focused on Taiwanese cuisine. I know nothing about Taiwanese culture or cuisine, so for me, this was a serious foodie adventure. I can tell you though, when they say delicious dumplings, they mean DELICIOUS dumplings!

My tour guide, Michael, was wealth of historical and culinary information. Even after the tour, he’s continued to answer my questions via E-mail. What an awesome guy! Here he is… Hi Michael!! 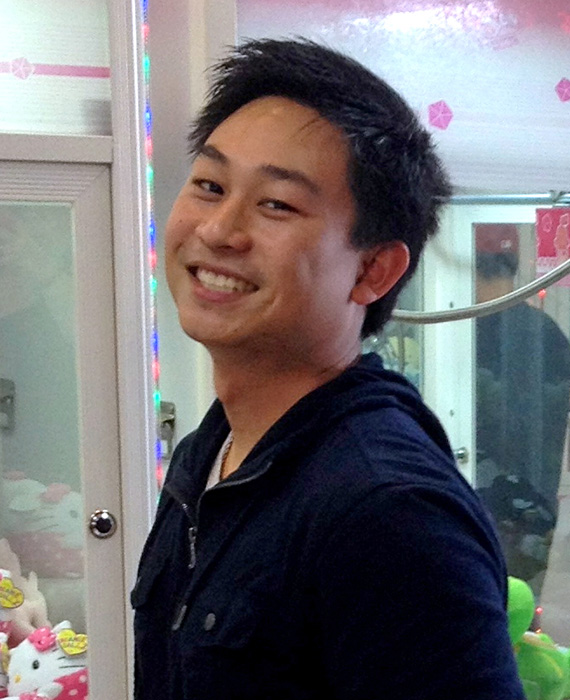 I’m quite certain he’s going to love that I posted his picture… ;-)

The tour started at Din Tai Fung Dumpling House. They are famous for their dumplings! Seriously, this place is listed as one of the top ten restaurants in the world! There was a line before they opened! 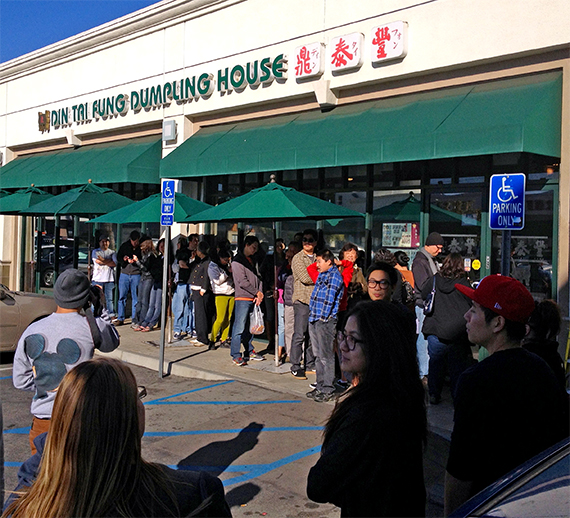 We had many delicious things! Here is a small sample… 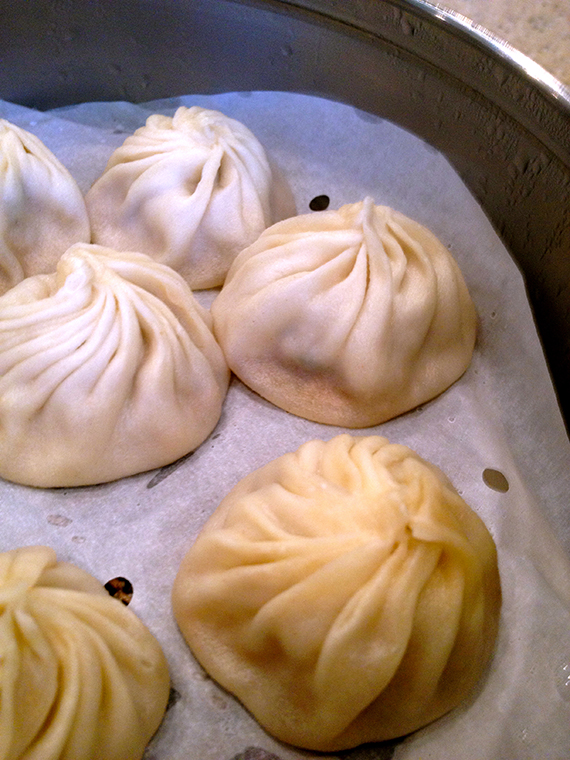 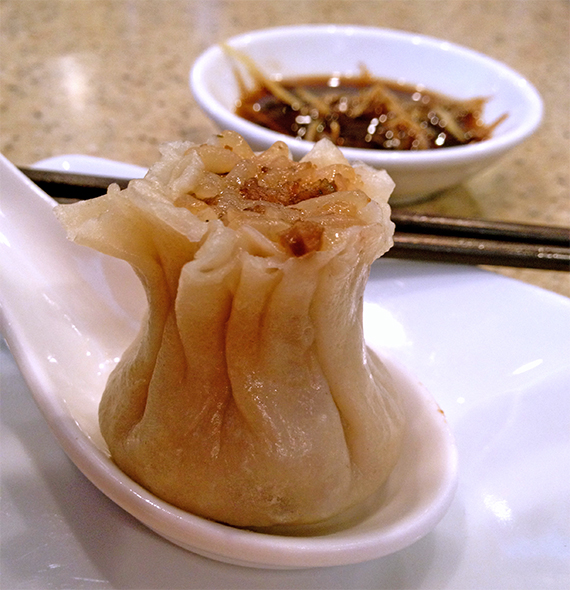 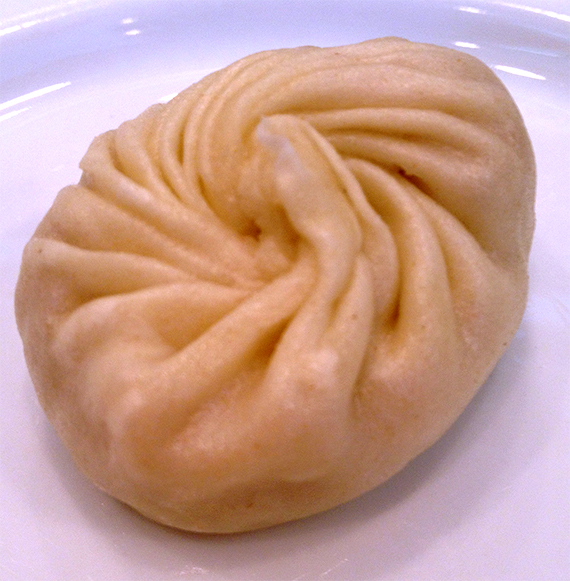 After Din Tai Fung, we went to Sin BaLa, a Taiwanese sausage house! We learned they served more traditional street food. All the sausages in Sin BaLa are made fresh every day and the sausages are grilled instead of steamed. Usually eaten while out and about in the night markets, these tidbits were very tasty. Here is a picture of the sausage with raw garlic! 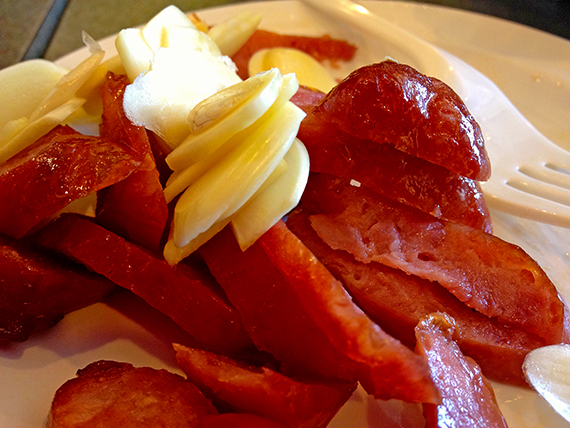 We had spicy dumplings (Look under all those red pepper flakes, there IS a dumpling there, I promise!) 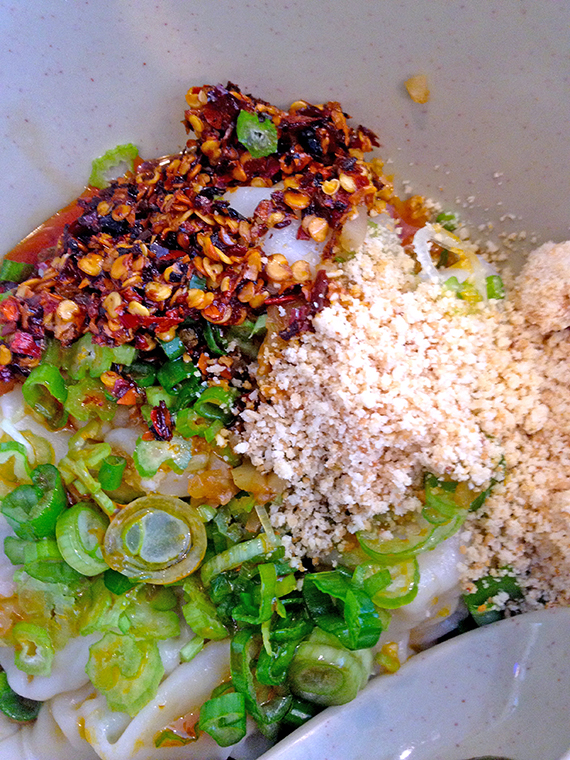 Then, there was beef noodle soup! Apparently this soup is one of those dishes everyone serves and everyone thinks theirs is the best! 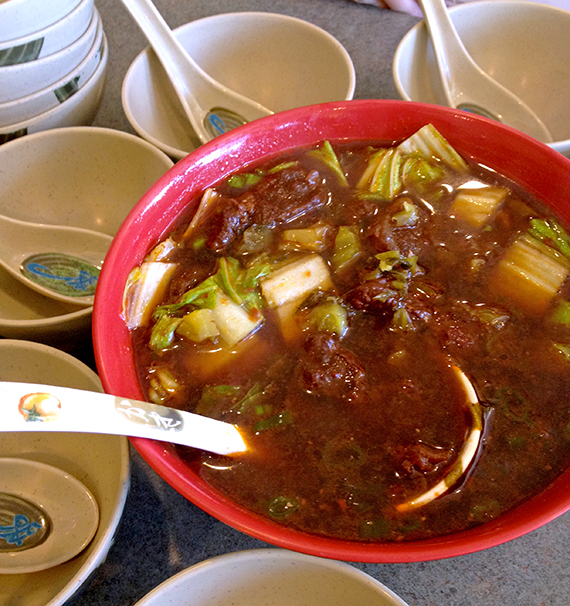 When we walked in to the restaurant, there was a sign that said “Fresh Radish Cakes!” We thought it said “FREE Radish Cakes!”, so the owners let us try some. I think this was one of my favorites, but I am partial to Daikon! These are deep-friend Daikon cakes. Simple and OH SO GOOD! 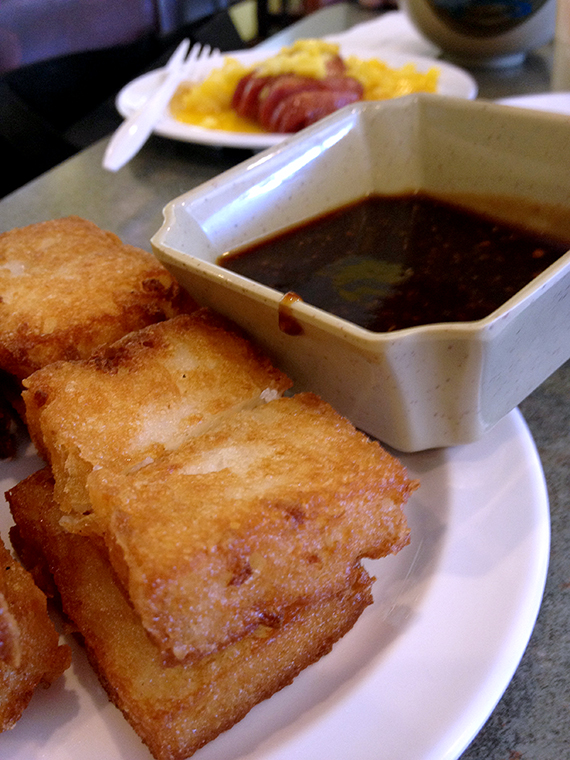 Lastly, there was Taiwan Popcorn Chicken! A night market street favorite, this chicken has a sweet crunchy coating that apparently goes very well with beer, good friends and loud conversations! 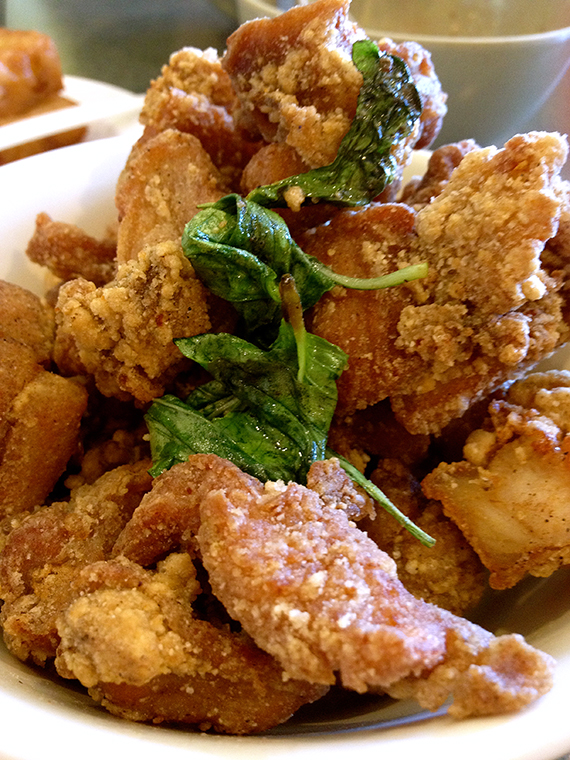 We stopped at Bun Bun Teahouse, Cozy Cafe and Chang’s Garden after Sin BaLa, but didn’t go inside any of them. Michael explained the food displayed in each window though and the historical and cultural significance of each. It was very informative!

The next stop was Tea Bar Starry for Grapefruit Juice and Jasmine Tea with Aloe Vera Pearls! 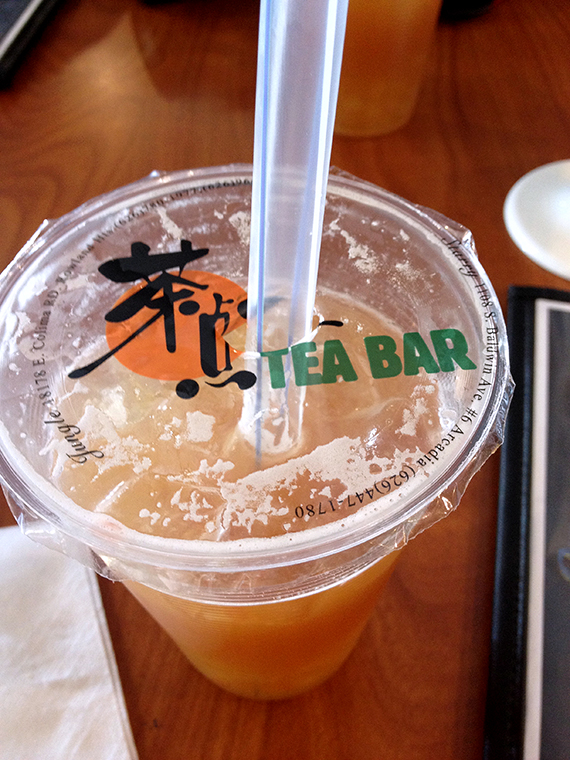 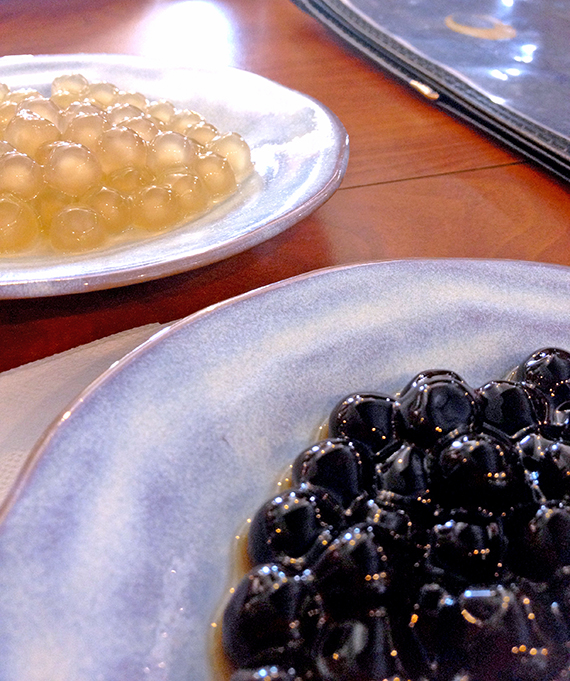 Then sampled a sweet treat made with thick sliced toast, spread with chunky peanut butter, toasted, then drizzled with sweetened condensed milk. MMM! 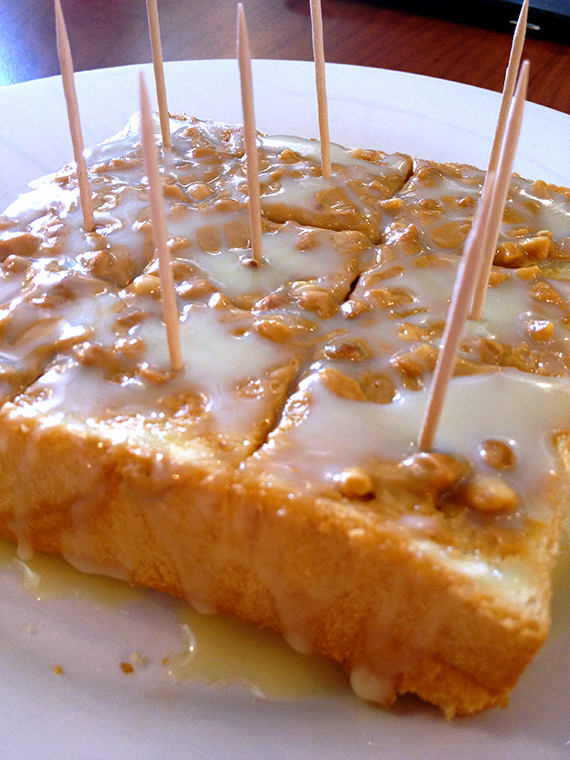 J.J. Bakery was next and sadly the only picture I have from here, is the menu. Go ahead… pick something and I’m certain it will be delicious! 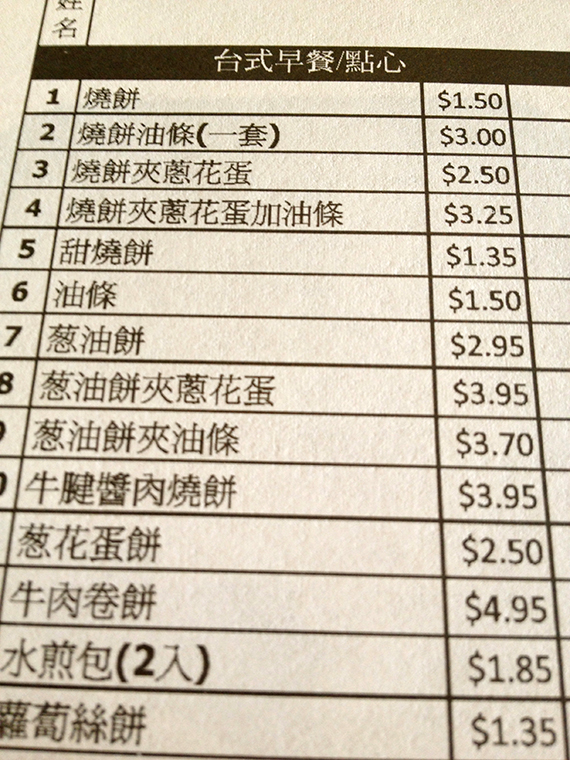 The last stop on our tour was Bin Bin Konjac. This sweet treat shop had several delicious offerings but the BEST was the Taiwanese shaved ice! OHMYGOODNESS! 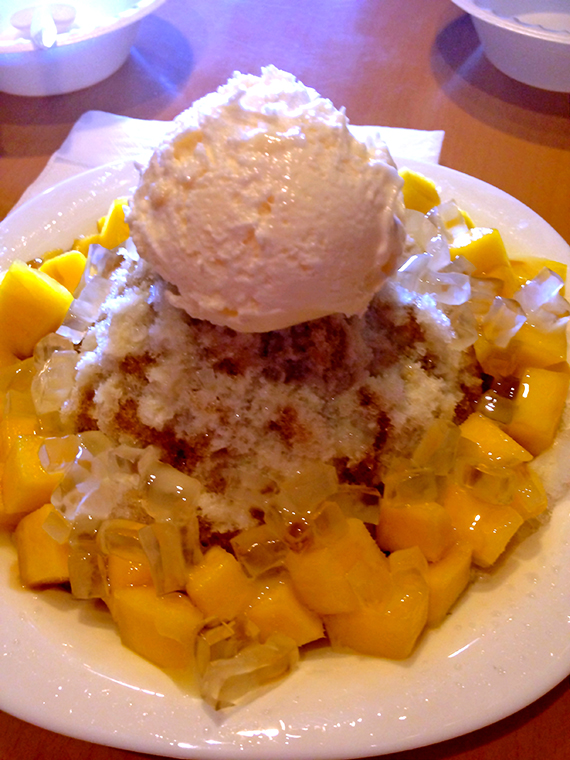 Traditionally, this dessert is served with 4-8 different ingredients, including but not limited to, red beans, mung beans, mochi, aiyu jelly, grass jelly, stewed peanuts, pearl barley, and some type of tropical fruit. Ours was topped with diced mango and jello cubes, drizzled with a brown sugar simple syrup and topped with ice-cream. Wow!

I am looking forward to going back to Arcadia on my own very soon. Din Tai Fung Dumpling House is an experience I must have again! Thankfully, I also know where to get a great dessert afterwards and perhaps pick up a pastry or two for the ride home. Get out there and discover the great hidden gems in your area, Foodie Friends! Your very own culinary adventure awaits!

By now, you may be curious about the sub-title of this post. “Why you should never say Boba again!” Remember my awesome tour guide Michael? He told us a hysterical story about his first trip to Taiwan. He recounted asking his Aunt for some Boba when he first got off the plane. She gave him a very quizzical look, with no reply. He persisted saying he knew there was Boba in Taiwan and that was what he wanted. Still no reply. Later, during that same trip, he told the woman giving him a foot massage, how much he loved his time in Taiwan and how much he loved Boba! He told her how easy it was to get Boba, that Boba was everywhere in Los Angeles and it was one of his favorite things. The woman smacked him and scolding told him Boba was a very bad word and he should *never* say it! I think Michael had to go back and apologize to his Aunt after that. So what does Boba mean? Well, I’ll let you look it up on your own, but if your Taiwanese grandmother ever hears you say it, you’re going to be in trouble! ;-)

And if you want to know more about Michael and HIS foodie adventures, he has a blog too! Check it out… Stories of Food and Travel!

With lots of new-found love for dumplings,