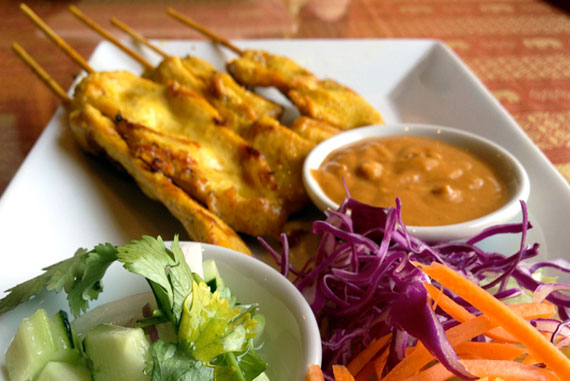 My first “Foodie Adventure” in 2014 was January’s DineLA Week! Yes, I know, I went in January and I’m posting in June. But I’m sharing now because DineLA Week is coming back and you HAVE to check it out! Every city needs to have a Dine Out Week or Restaurant Week (or two, maybe three!) 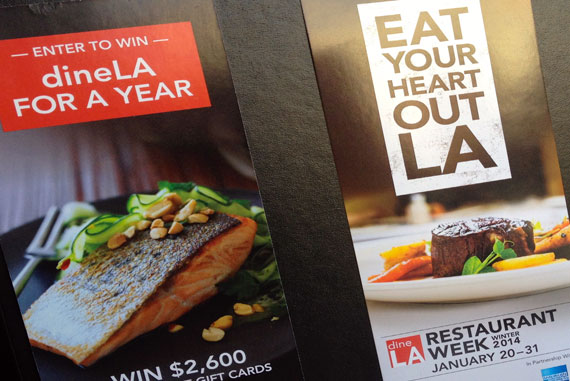 What is Dine LA Week? It’s 12 days of dining out, in and around the Los Angeles area, featuring pre-fixed lunch and dinner menus from over 300 restaurants, often at a discounted price!

At first, my friend Marie and I chose two different places to try in January. Of course, this was after we checked the list of participating restaurants, then e-mailed each other back and forth with our “I want to eat here!!” wish lists. Dine LA really highlights the culinary diversity of Los Angeles. There were hundreds of options! How is a foodie supposed to pick just one or two?!? We ended up going to three!

After narrowing our list, our first adventure was a cute little French Restaurant in Pasadena, Cafe Bizou! Technically just outside of “LA” it was closer to home for us, so we went there on the very first night of Dine LA Week! Our server had a French accent (which honestly, made me want to keep asking questions, just so he would keep talking!) Our appetizers were stuffed mushrooms and the lobster bisque. We each choose different items so we could share! Our main dishes were salmon with steamed vegetables and a squid ink seafood pasta. The salmon was fabulous! I’d never had squid ink pasta, but was delightfully surprised at the flavor! I thought the ink might add some different (or funky) flavor, but it didn’t. It was more of an “Oh WOW! The squid ink makes this dish look so cool!” thing. Imagine black pasta noodles and you’ll know what I mean. Dessert was Tiramisu and a flourless chocolate cake. I could talk about that flourless cake for days… it was rich, decadent and densely chocolatey. Unfortunately, the lighting was *terrible* for pictures. I have this dim picture of our bread, but sadly, nothing else came out. 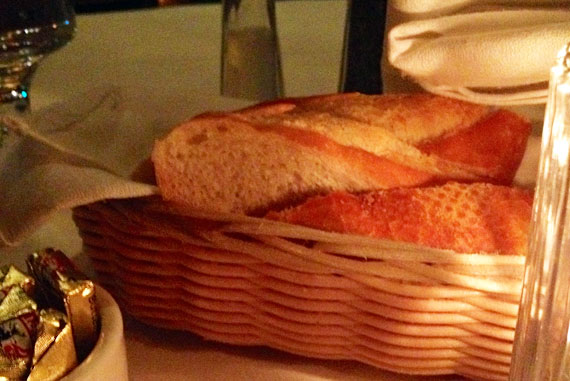 Originally, we planned our second dinner on a Saturday night, farther into downtown LA. On a whim (and because Marie got off work early that day) we decided to have lunch too! As I said, how is a foodie supposed to choose just two places during a week when you can choose from HUNDREDS? We debated over last-minute places and even called a few (Only to discover they weren’t open for lunch on the weekend. Sad!) Finally we settled on Emporium Thai Cuisine in Westwood.

Who could have guessed the WONDERFUL meal we were about to experience? This is Emporium Thai! 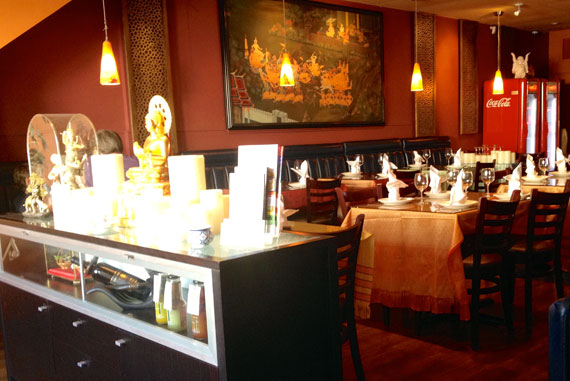 We started with dumplings. They came with an incredible plum dipping sauce. We tried to talk the waitress into bottling the sauce so we could take some home, but she wouldn’t do it! 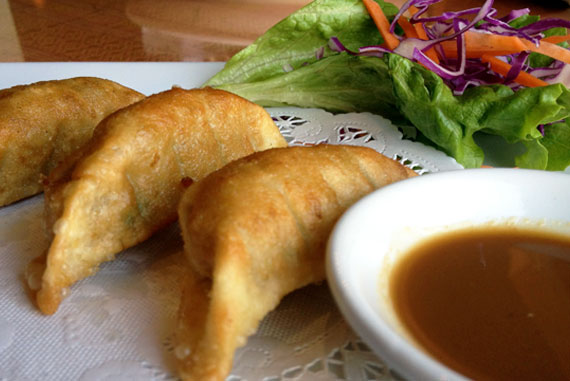 After dumplings we had Chicken Satay!

While we were eating, the owner came over to our table. He introduced himself, and asked about our meal. Charming and open, John shared with us the history of his restaurant. He told us about growing up in Thailand and how his Mom taught each of his twelve brothers and sisters how to cook. His sister is even the head chef there! It was a great conversation and an even better meal!

Our main dish was their famous “Crying Tiger Beef” and it was delicious! 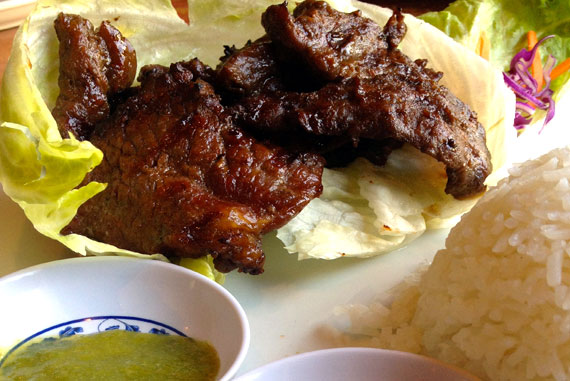 After dinner, dessert was a perfect scoop of homemade coconut ice-cream! 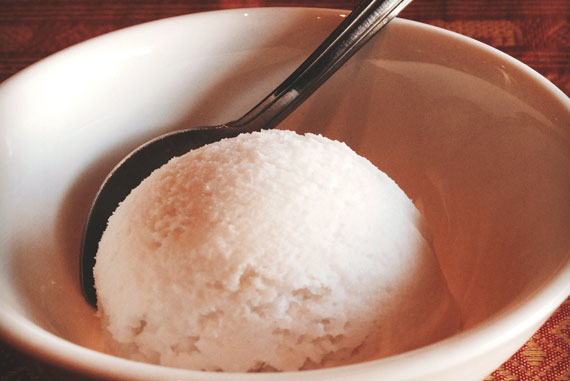 (Side Note: We have been back to Emporium Thai several times since our first visit in January and each visit is better than the last. I HIGHLY recommend this place! It’s so good!)

We knew it would be hard to top such a great lunch, but we were willing to try! After some time wandering around and seeing the sights of LA, we went to dinner at Tapenade! 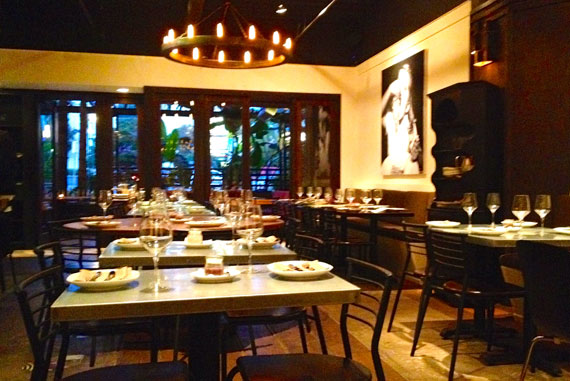 Tapenade is famous for their shaved Brussel sprouts, so of course, we had to try them! 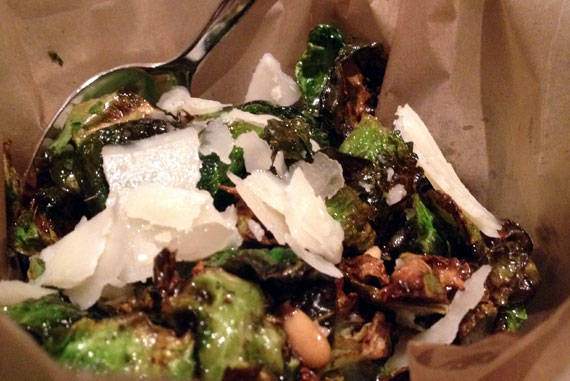 They were savory and crunchy! I imagine it must take a lot of time to shave those little sprouts, but now I understand why they are known for them! Delicious!

The sprouts were followed with an amazing salami salad, with shaved fennel, gorgeous red grapefruit and big chunks of blue cheese. 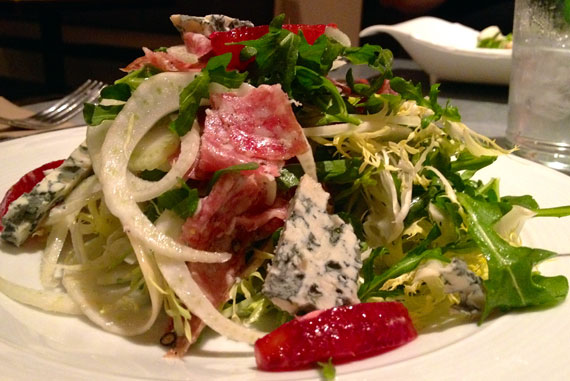 My main dish was Veal Osso Buco and Marie had the hand-picked Scallops! Again, we each ordered a different meal so we could share! The Osso Buco just melted in my mouth. The broth was rich and flavorful. The scallops had a perfect sear and they were HUGE! It was a very nice meal. 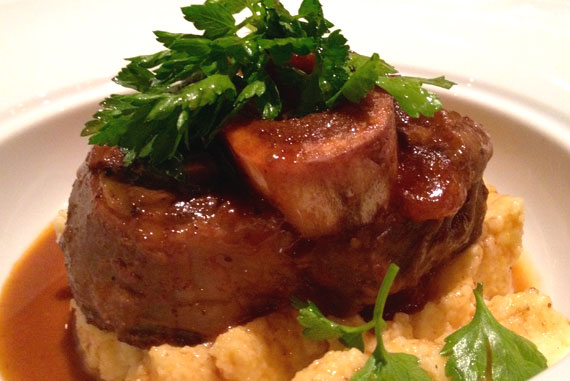 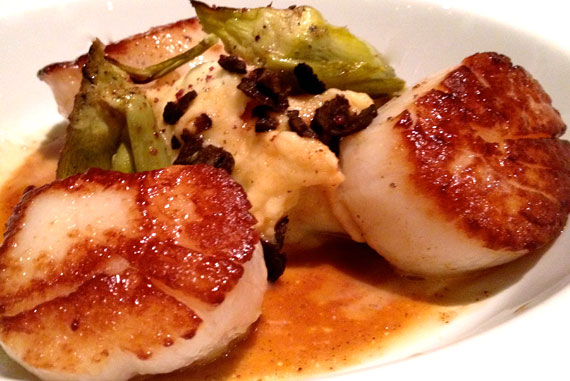 No need for dessert here. After so many incredible dishes that day, it was time to go home and enjoy a happy food coma for the next day or two!

Shamelessly DineLA for July is already on my calendar! (July 14 – 27, 2014) If you live near LA, grab a friend, pick a new restaurant and enjoy a night or two on the town. That’s what I’ll be doing, so maybe we’ll see each other! I don’t know where we’re going yet, but where ever it is, I’m sure it will be amazing!