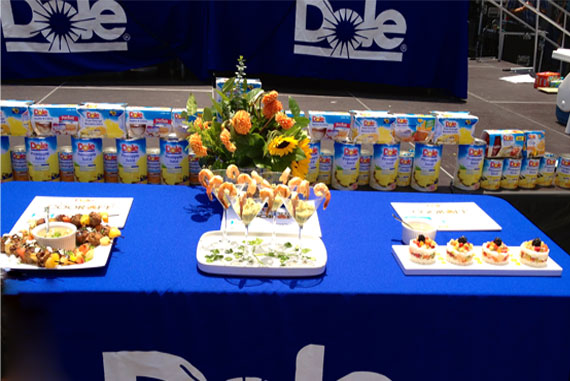 Hi friends!
If you’ve followed for a while, you know I LOVE going to food events! This past weekend, I went to a competition cook off where I knew one of the finalists! It was thrilling to watch! It’s a much different experience watching when you know someone cooking. 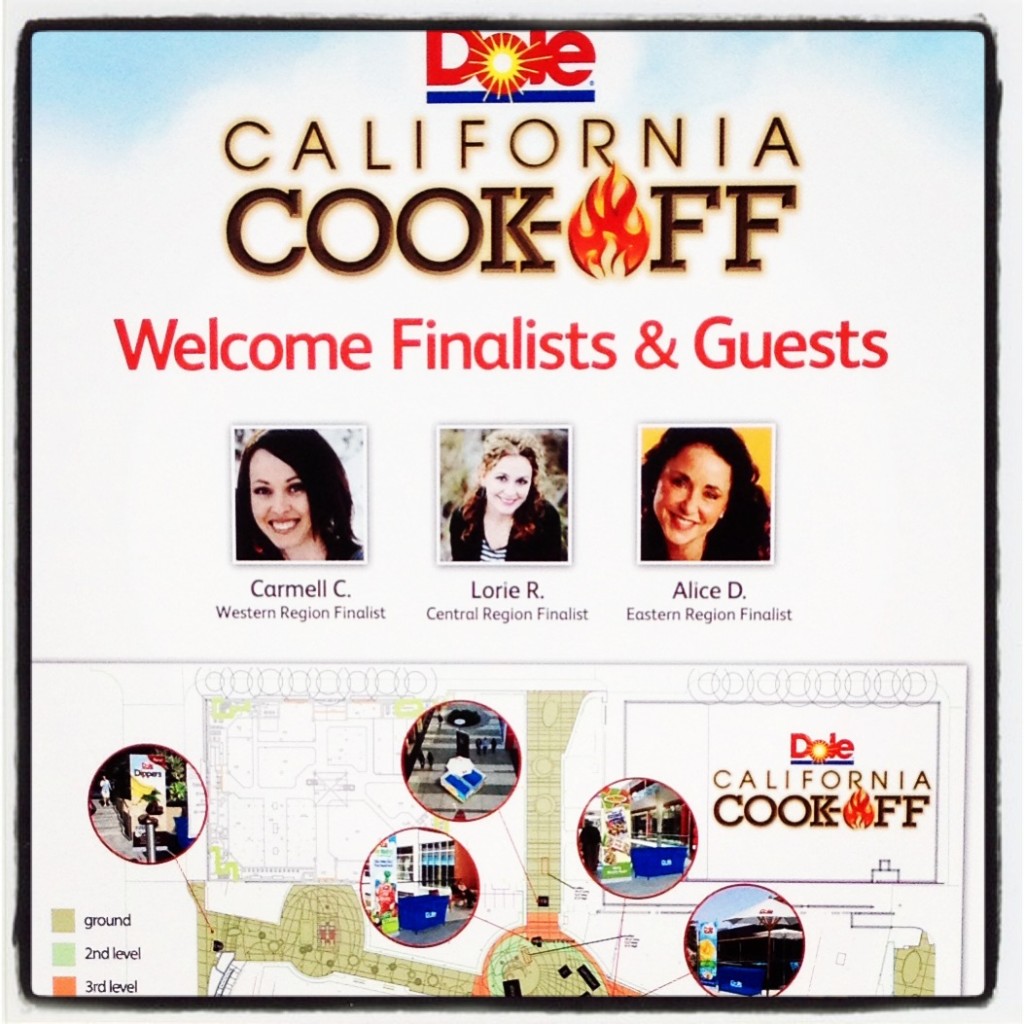 This wasn’t just any competition, this was “The Dole California Cook Off!” with a grand prize of $25,000! Dole chose three finalists (and their recipes) from every region of the country, to come to California and compete for the best grilled recipe, using their products!

The funny thing is, I hadn’t planned on going to this event. In fact, I didn’t even KNOW about it! My friends and I were going to a different BBQ demo in Los Angeles, but when I saw a fellow blogger, Ally Phillips, post that she was a finalist, I knew we had to cancel the other demo and head to Santa Monica to see the Dole Cook Off instead!

The wonderful thing about the food blogging community, is we form friendships with other bloggers all across the globe. Unfortunately, we don’t always get a chance to meet face-to-face. This was the case with Ally and I. Ally’s blog, “Ally’s Kitchen,” first came to my attention when Ally competed on Master Chef with a friend of mine. (Hi Tracy!) I immediately fell in love with Ally’s recipes and her personality. Over the last two years we’ve gotten to know each other through our blogs and shared blogging groups on Facebook. Up until Saturday though, we’d never met in person!

I can’t even begin to tell you how excited I was for the opportunity to meet Ally! We got to Santa Monica Market early! So early, they were still setting up the stage and doing sound checks… 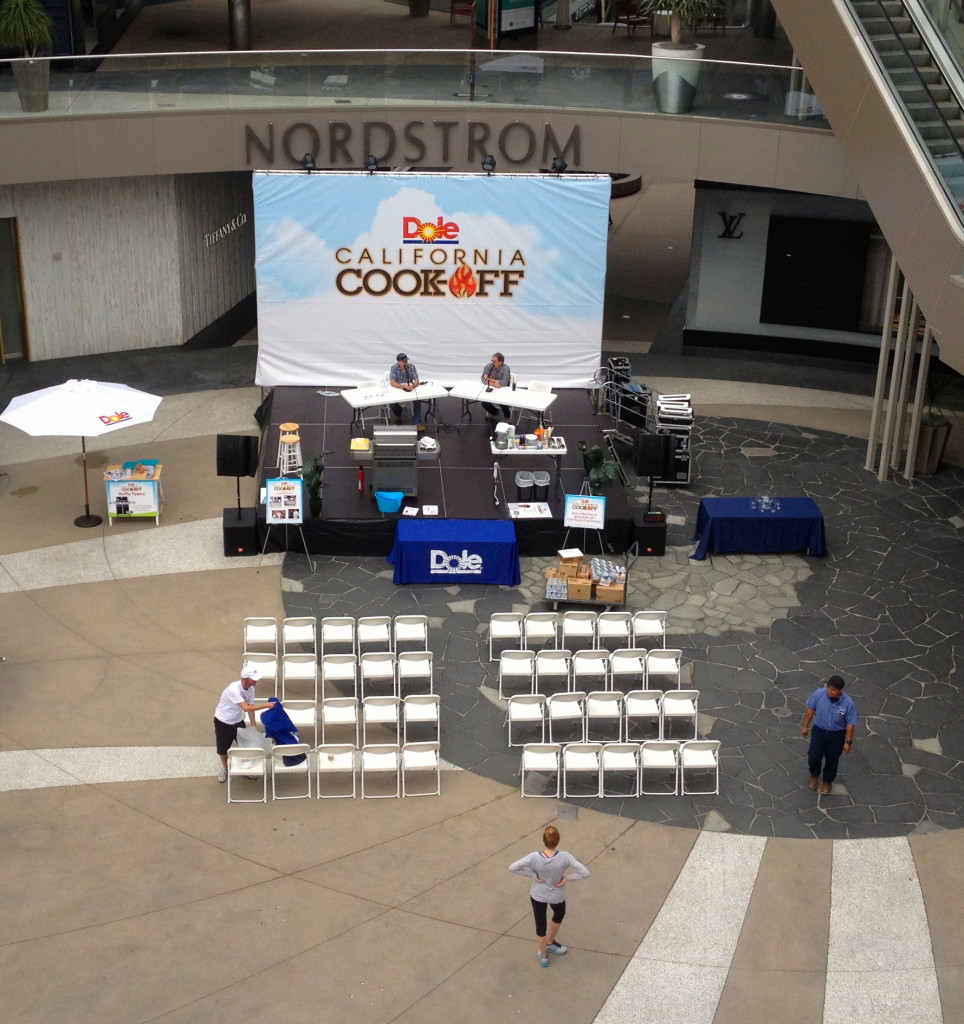 Weber provided all the grills and even gave away FOUR free grills that day! Sad to say, I didn’t win one, but they were gorgeous!

Ally was busy checking her work station and chatting with Dole people, but I managed to say hello. I was rewarded with a squeal and lots of hugs! So exciting!! 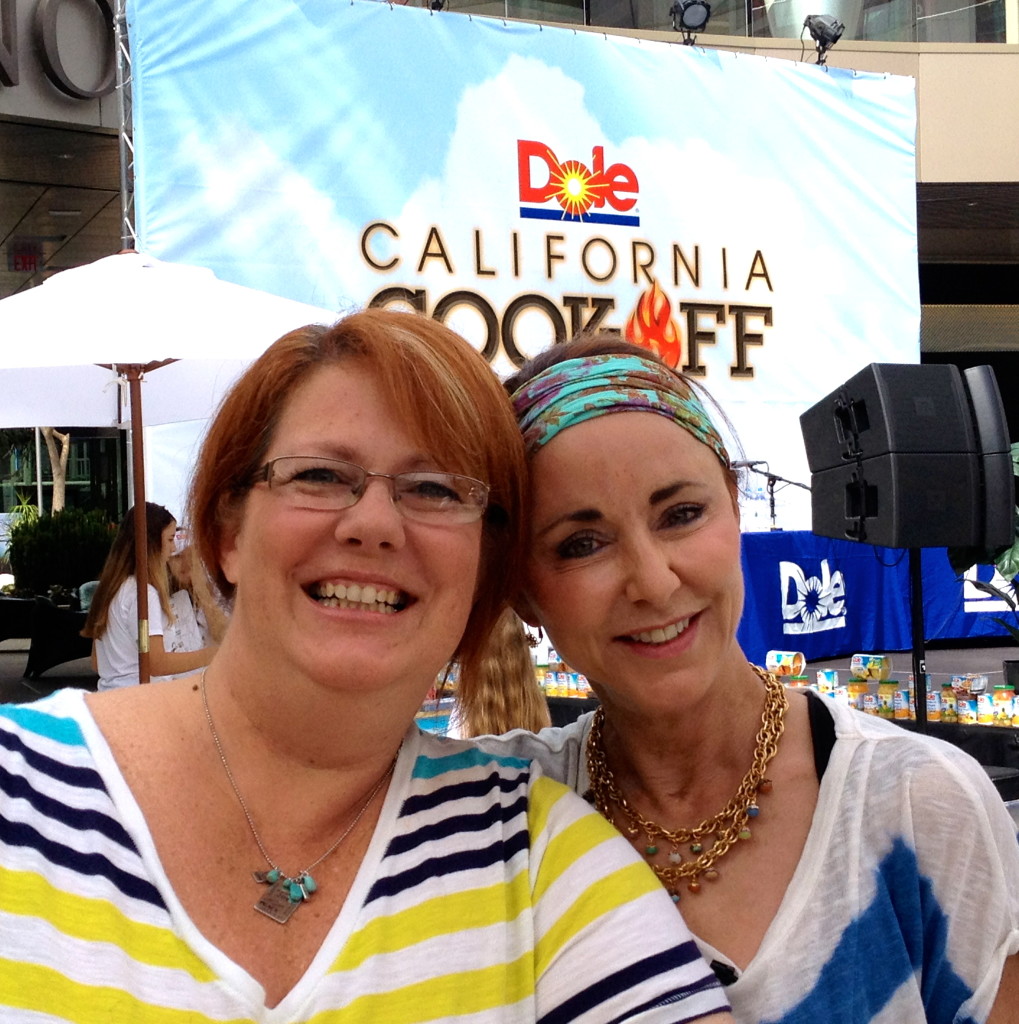 Do you want to know a secret? When I first heard Ally speak, I was a little thrown. I don’t know why, but I wasn’t expecting an accent. Friends, she has the most adorable southern accent! It reminded me of family and it fits her perfectly!

Here are some photos of Ally during the competition…

She said she was going to wear her boots and she did!! Is it ok to call them her Kick-Ass boots? 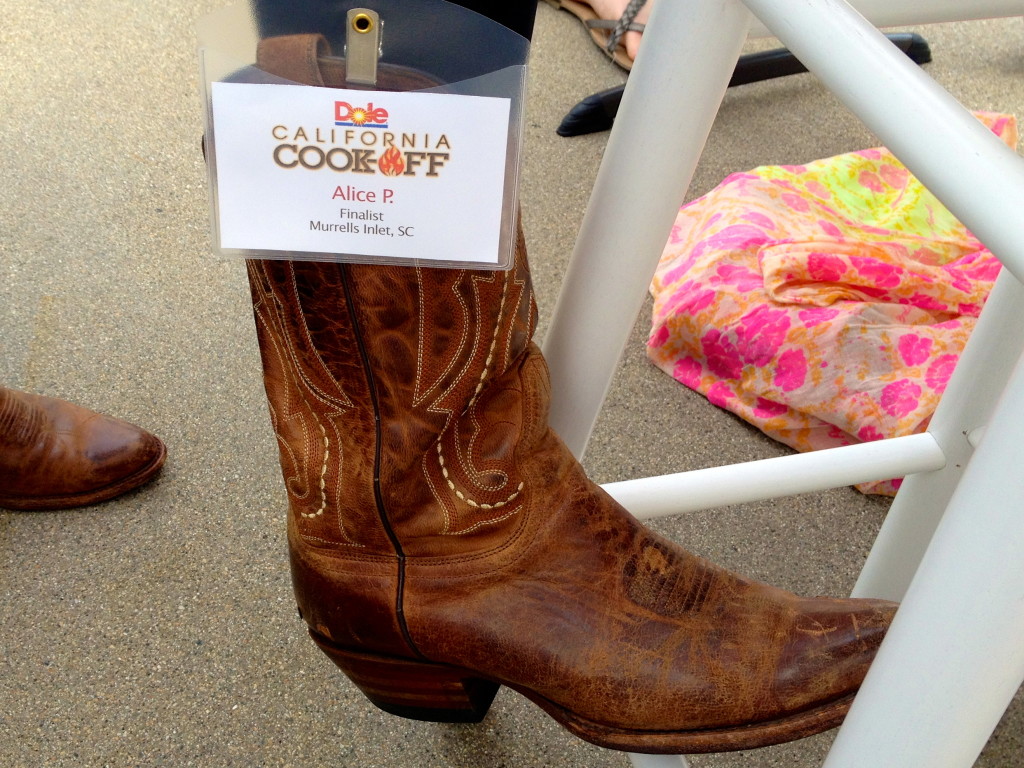 Always calm and collected, Ally did various interviews throughout the course of the event! There were cameras and video crews every where you turned. She is a total pro though! She may have been nervous but you would NEVER have known. 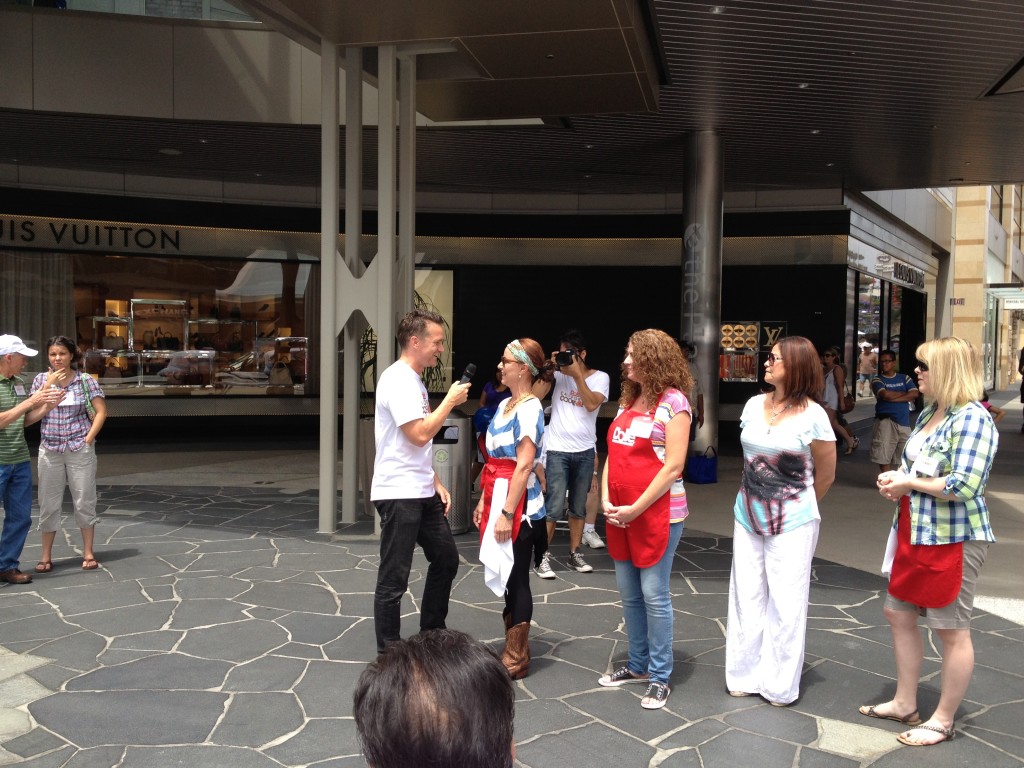 Here she is chatting with Chef Ben Ford and Tom the MC just prior to the start of the cook off! 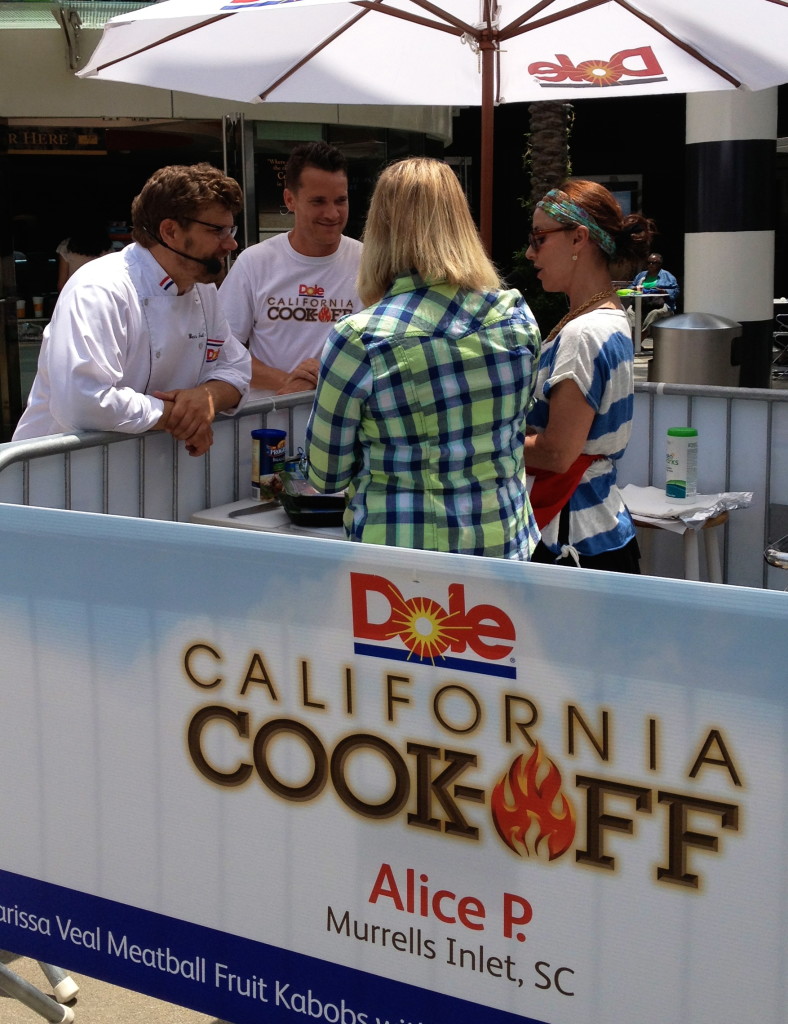 Time to get cooking! Ally and her Sous Chef, Susan from DoughMessTic were very focused. They only had an hour to cook, so they had to make sure everything was perfect. 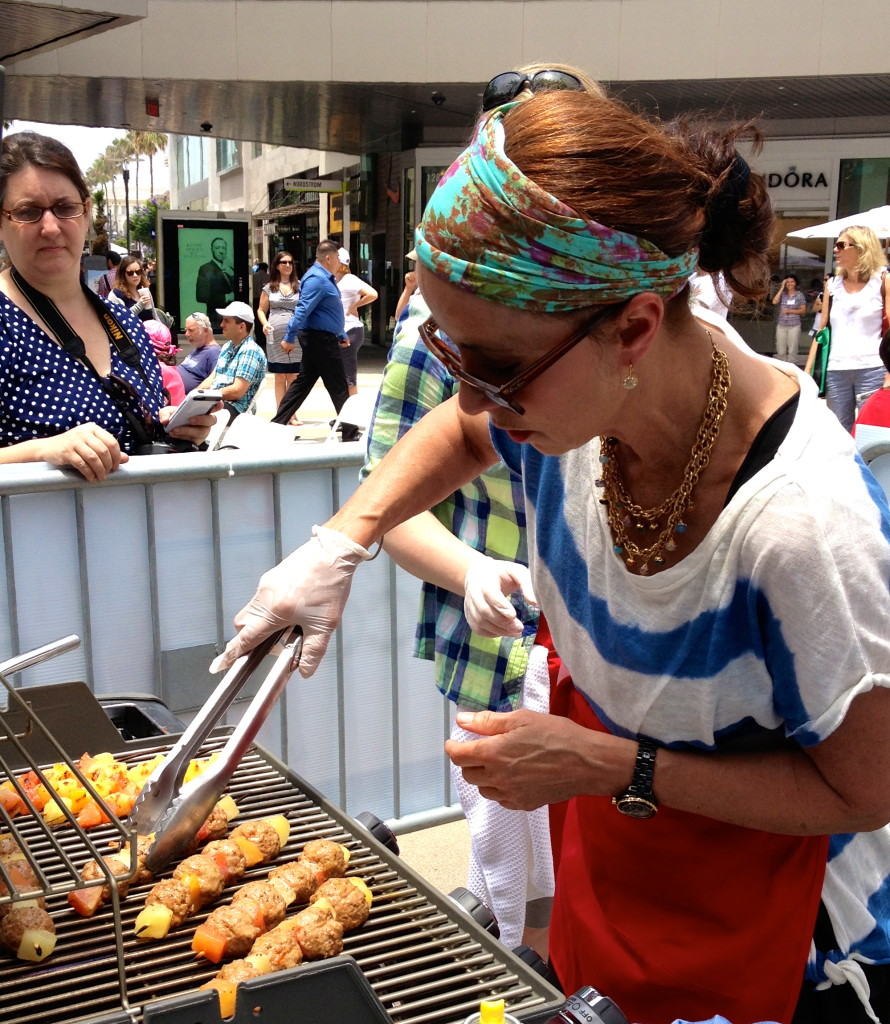 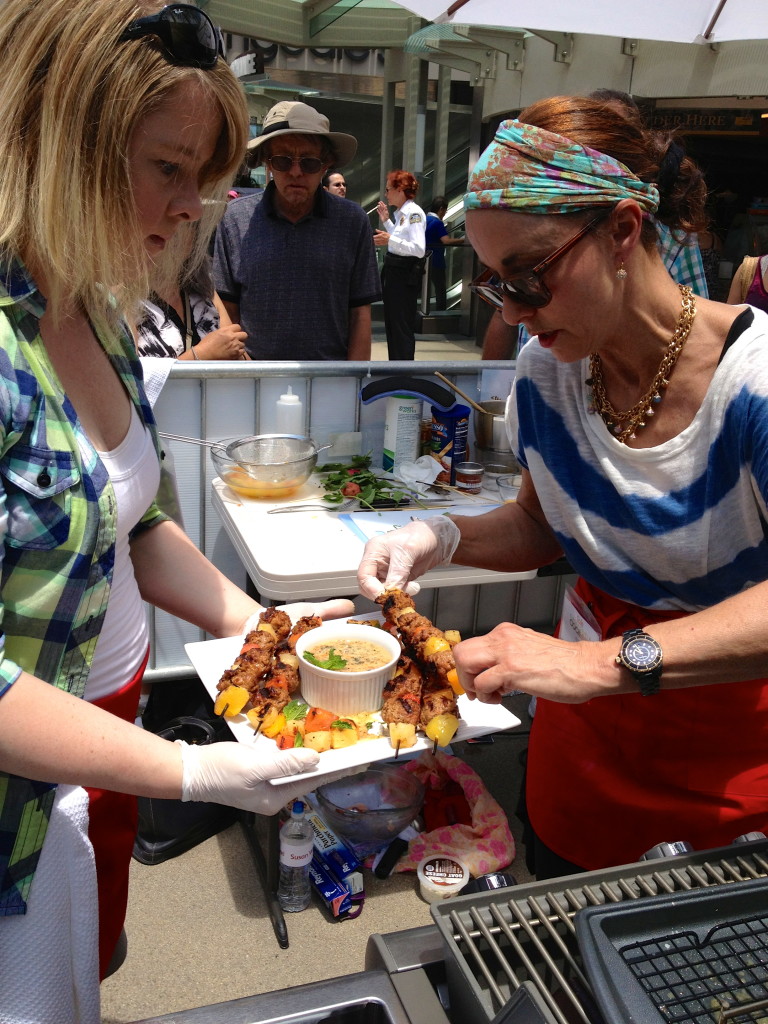 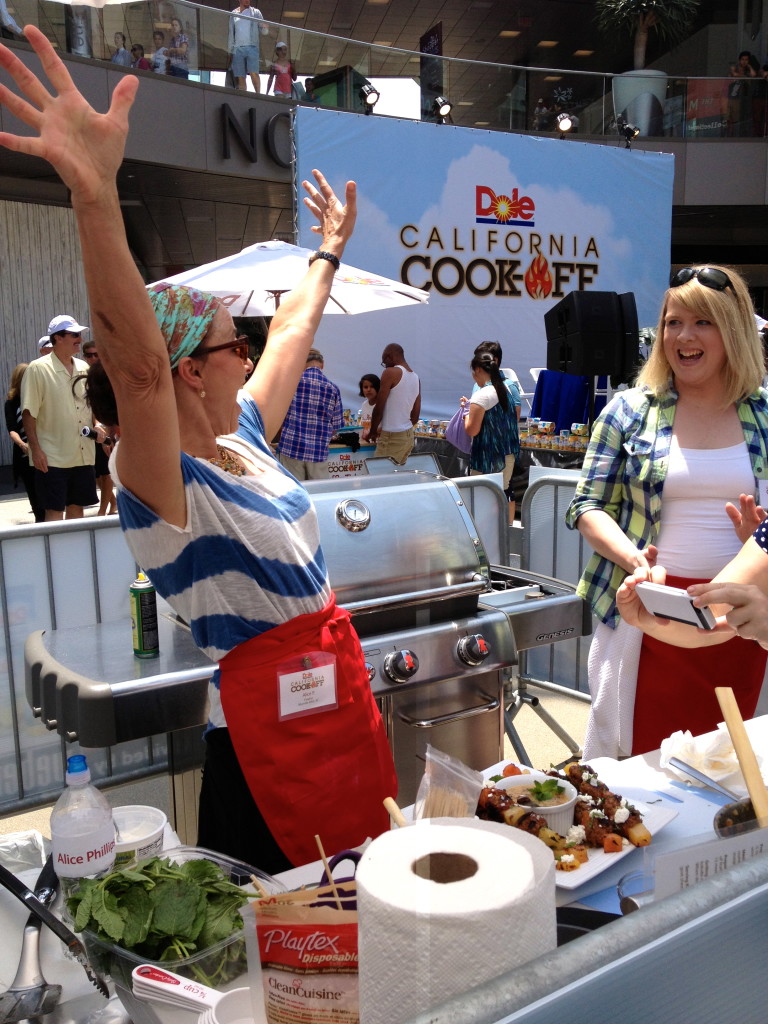 Chef Ben Ford did three different demos during the day and also served as one of the judges! 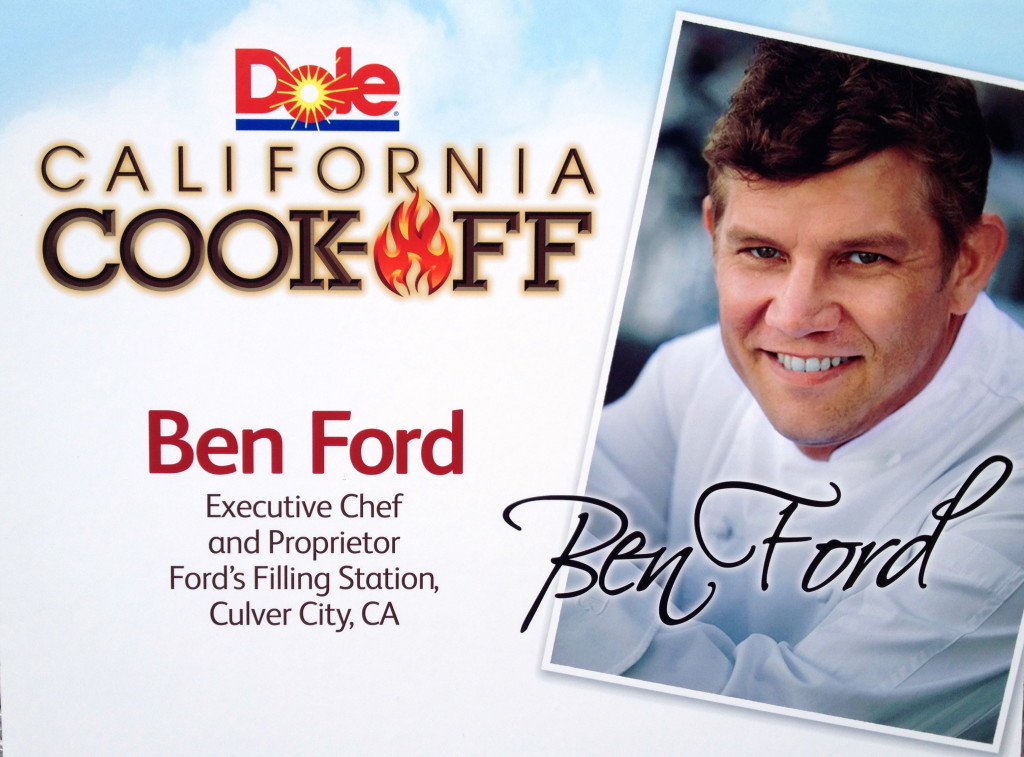 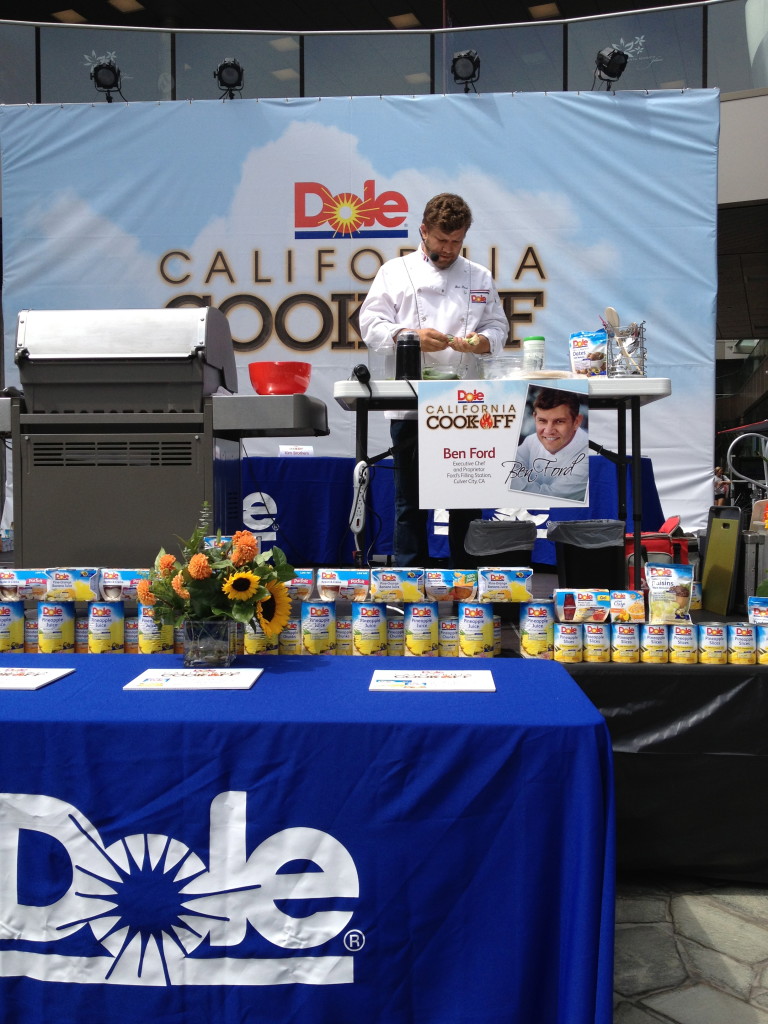 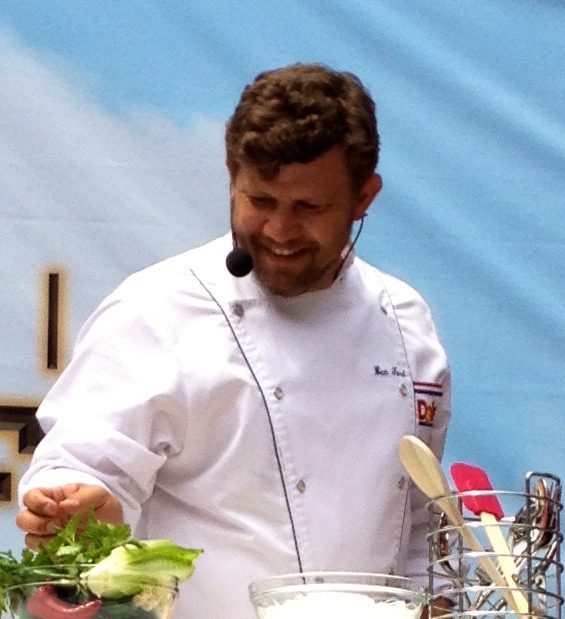 If his name (or smile) seem familiar, it’s because you may have seen his Dad on the big screen in one or two movies. Chef Ben is Harrison Ford’s son!

Here is Ally near the end, off to present her dish to the judges! 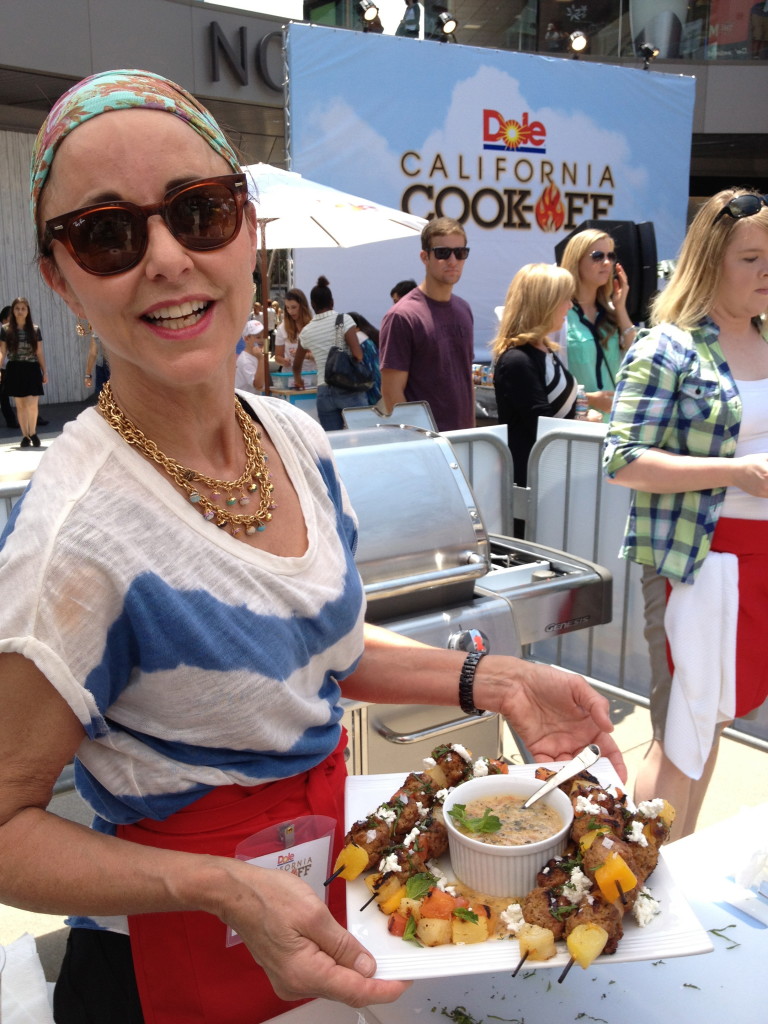 On stage, describing what she made… 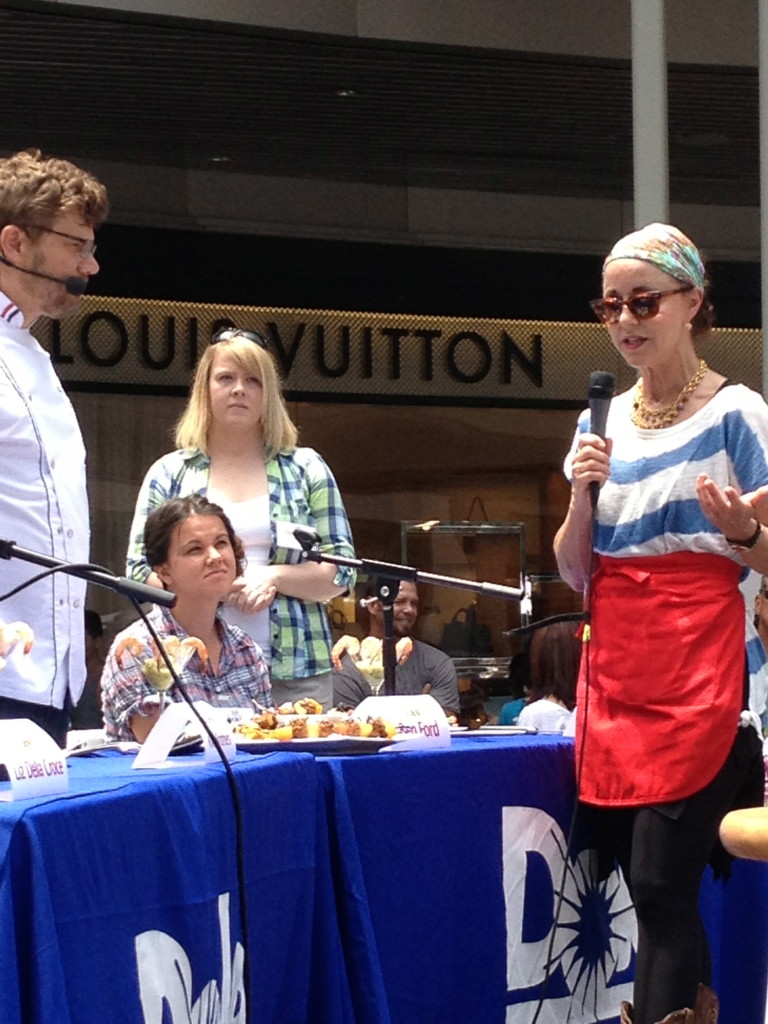 Now, we wait for the announcement of the winner… 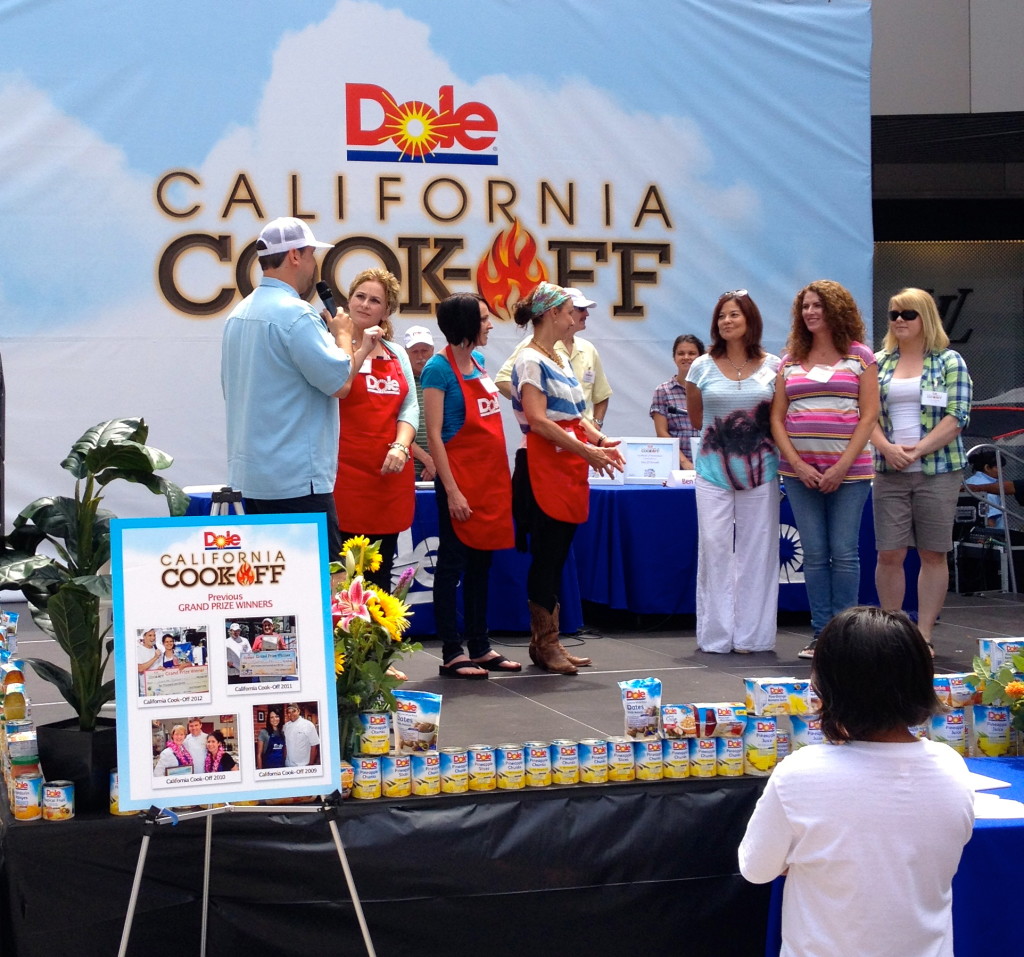 I apologize for not having pictures of the other finalists or their dishes! I am quite certain their dishes were wonderful and the competitors were delightful people but I was there for Ally, so that’s where my pictures were focused.

Chef Ben said it was very close, but in the end, Ally WON!

YAY!! I screamed, I cried, I jumped up and down like a crazy person!! I was so excited to be there for my friends winning moment! 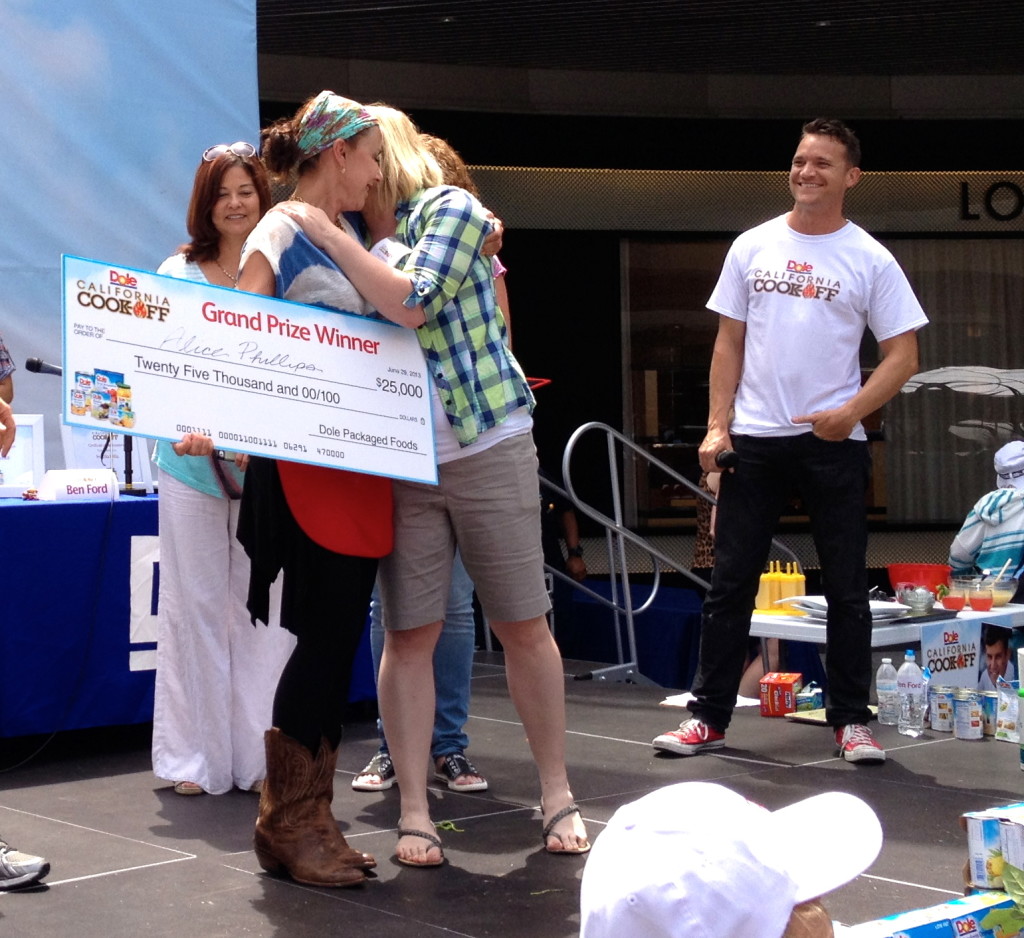 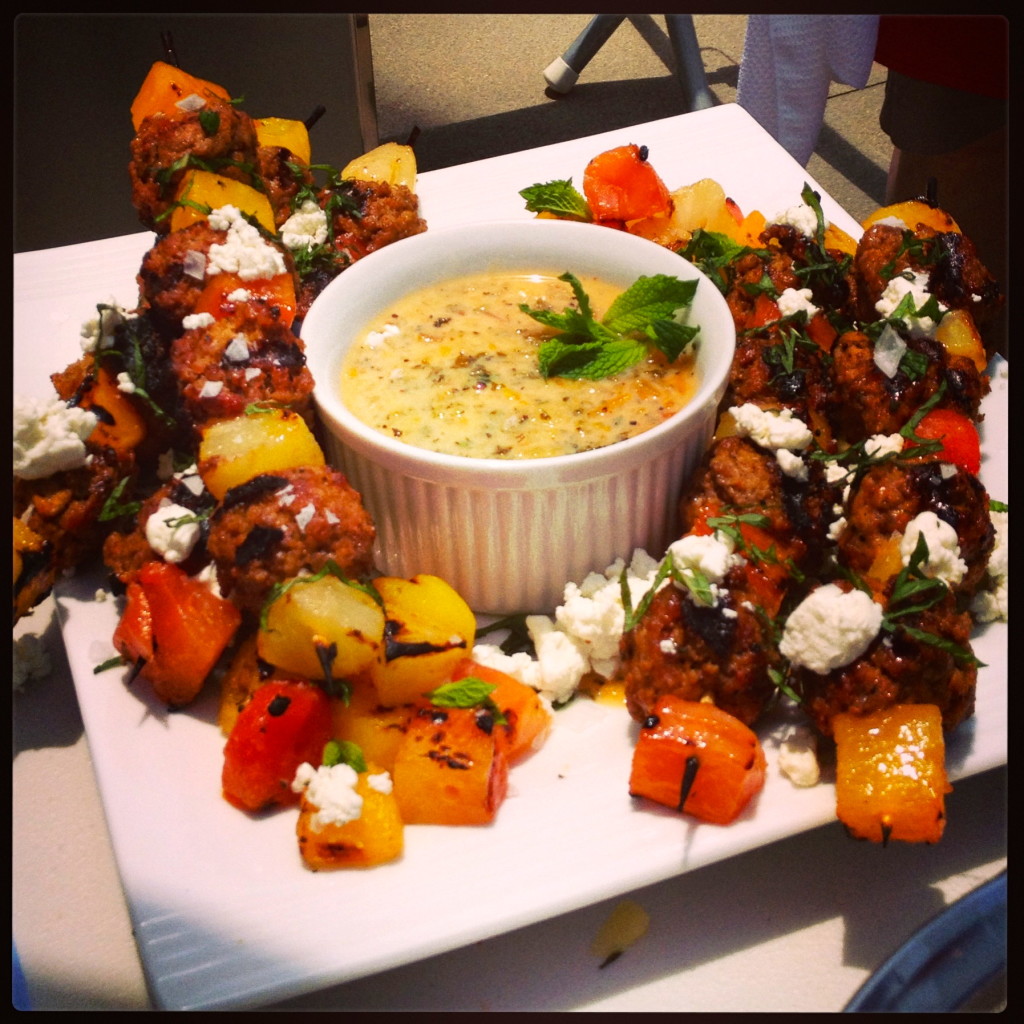 It was an amazing day! CONGRATULATIONS ALLY!! I love you darlin’ and I’m so darn proud of you!!