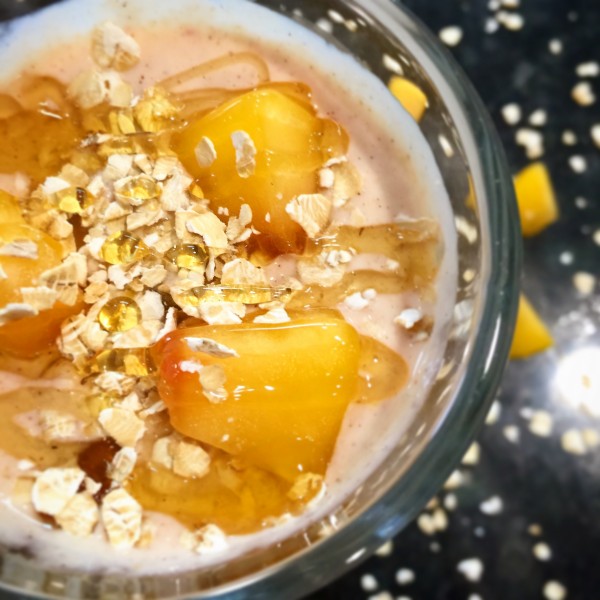 Dessert for breakfast, anyone?  It’s hard to pass up the idea of having Peach Cobbler in the morning.  Adding oatmeal makes it feel more like breakfast though, right?  Sure it does! That’s my story anyway and I’m sticking to it!

I’ve admitted before, I’m not much of a “smoothie” person.  I don’t frequent Jamba Juice or Juice It Up or any of those places.  The last time I had a smoothie was when I had dental surgery and it was part of their “recovery package.”  Movie tickets and a smoothie to drink once you got home after surgery. Not a bad deal and the smoothie was good.  It’s just never been part of my routine.

Now we’re on this new path of healthier options and learning to make different choices, so we’re trying smoothies for breakfast. 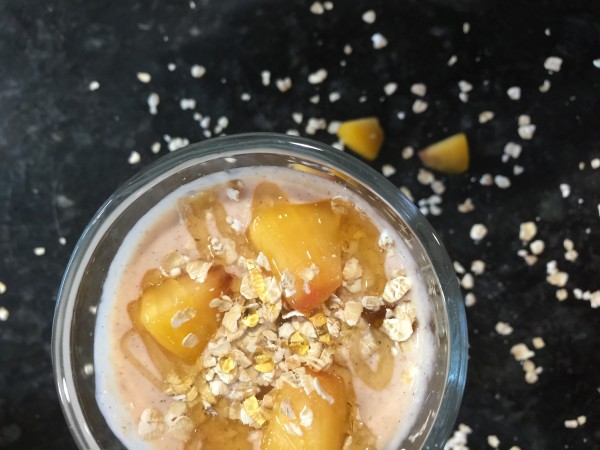 I originally bought frozen peach slices to use in a dessert recipe.  The dessert never happened but incorporating the same homespun flavors of Grandmas Oatmeal Peach Cobbler into a smoothie seemed like an idea I could get behind! Plus, I admit to having a slight peach ice-cream addiction, so why not blend the two?  Get it?  BLEND the two!  A little blender humor there.  Just trying to “stir” things up!  HA!  Ok. Moving on.

The most important part of this process is to pulse the oatmeal first.  This makes the oatmeal powdery and helps thicken the smoothie.  There is no ice, so all the flavor comes from the peaches, honey and spices.  Use non-fat milk or soy almond milk for even less calories.  I think almond milk would be a great flavor addition!  I added cinnamon, but a bit of fresh grated ginger would be delicious too. No natter what you do, viola!  Dessert for breakfast!

While I’m still not 100% sold on the idea of smoothies every single day, I’m beginning to like them more.  Of course, my spiffy new Magnetic Drive Torrent Blender from Kitchen Aid makes it much easier.  This thing pulverizes frozen fruit like nobody’s business!  Plus, it has a feature that lets you walk away.  It will ding you when it’s done running through the selected cycle.  So awesome!  And it’s magnetic driven, which means it’s extra powerful.  It’s much quieter than my last blender too! I can’t wait to use it for soups, sauces and salad dressings! We might have already used it to make Margaritas… 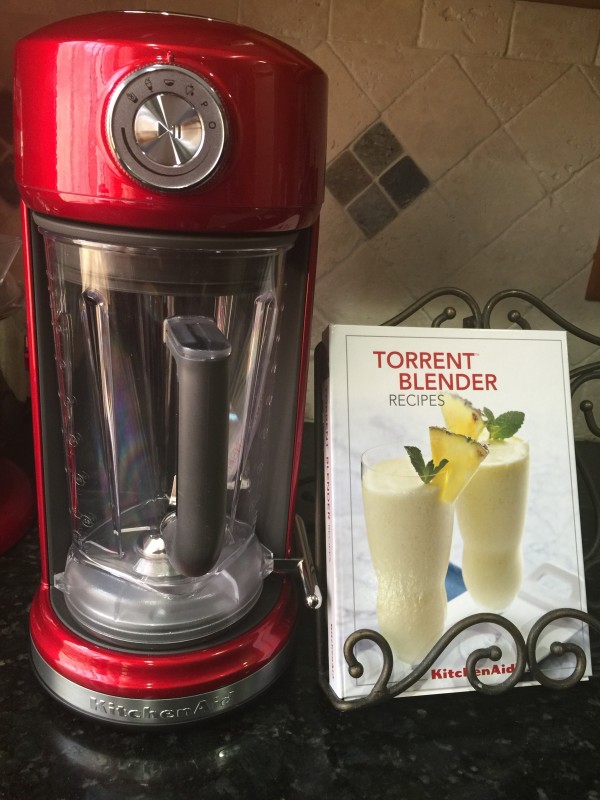 Plus, it matches my awesome Kitchen Aid stand mixer, which I use almost daily!  Can you guess my favorite appliance color?  Have you seen Kitchen Aid’s Multi-Cooker?  That’s my next purchase! 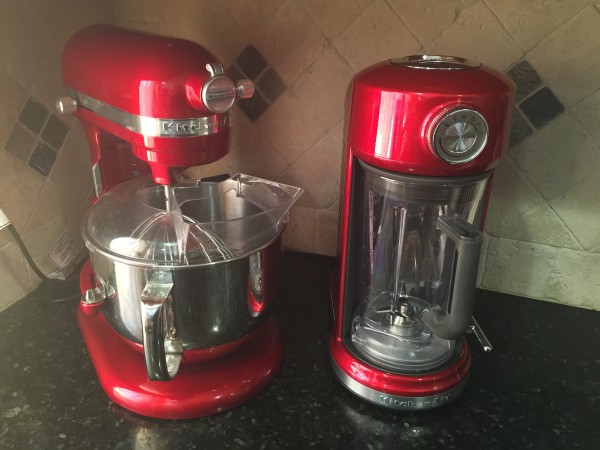 If you’re not a smoothie person either, I would challenge you to give them a try.  This Oatmeal Peach Cobbler Smoothie really does remind me of my Grandmother and almost feels like I’m cheating, having dessert for breakfast!

Dessert for breakfast! Rich and thick, this smoothie is packed with the essential flavors of a old-fashioned Oatmeal Peach Cobbler.
Print Recipe

Tried this recipe?Let us know how it was!

What’s your favorite smoothie recipe?   Here are some of mine: 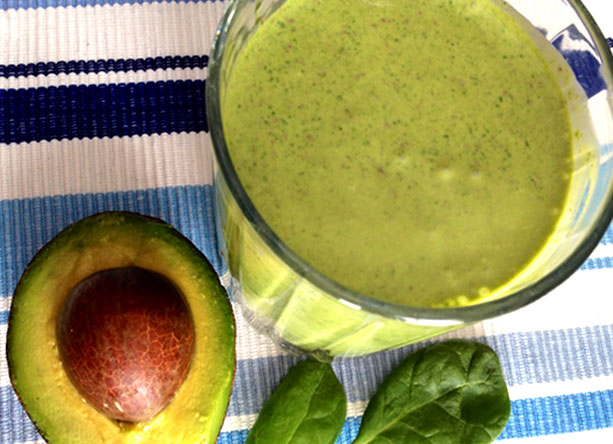 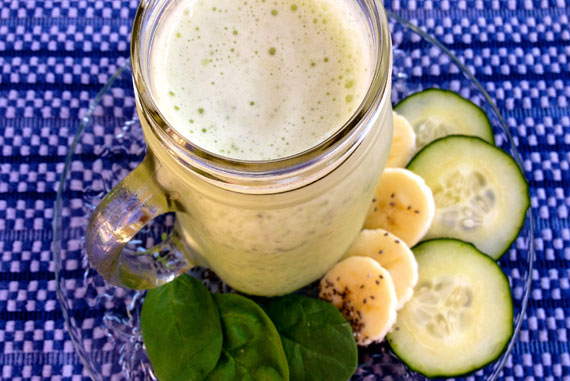 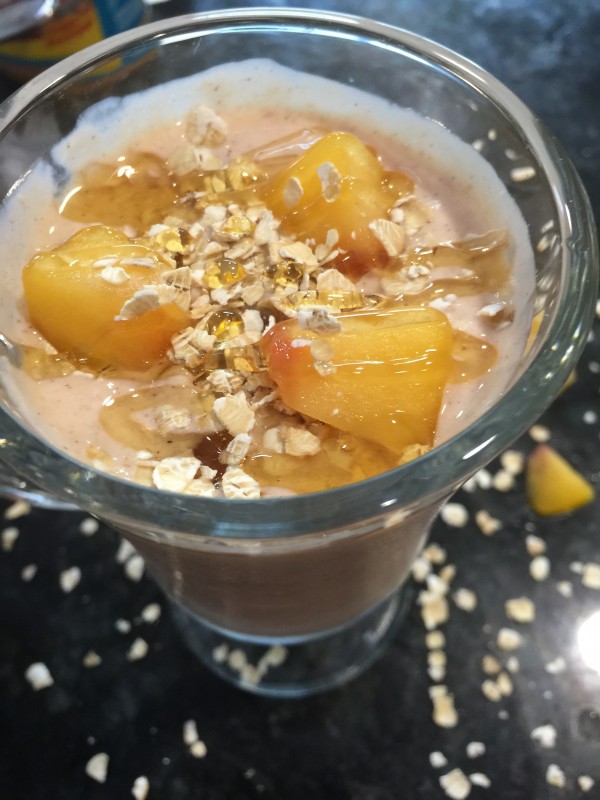 So be brave!  Be healthy!  Go out there and get your smoothies on, friends!