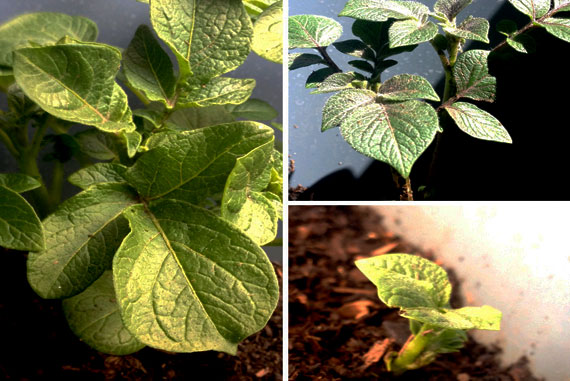 Gardening can be fun! The last few years we’ve had varying degrees of success with tomatoes. This year we expanded our garden to include bell peppers, jalapeño peppers, Anaheim peppers and bush pickles. This goes along with the avocado, orange, lemon and lime trees, the strawberries, thyme, rosemary, chives and of course, potatoes. Potatoes? Yep! We tried our hand at growing potatoes in a trash can this year. You read that right. Potatoes in a trash can. This is my potato project!!

Here is how it started: We drilled holes in the bottom of a 30 gallon trash can to ensure it had proper drainage. Then I covered the bottom of the trash can with large pieces of a broken old ceramic pot and several inches of potting soil.

We bought potato seedlings from our local gardening supply store. 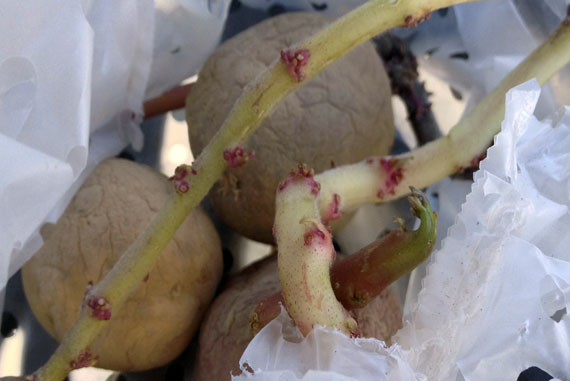 These are fingerling potatoes.

I was, perhaps, a tad over-zealous to plant not one, but three varieties. Yes, all in one trash can. Hey, I never said I knew what I was doing!

I planted purple, rose and yellow fingerling seeds, then crossed my fingers.

At first, my little plants grew and flourished! 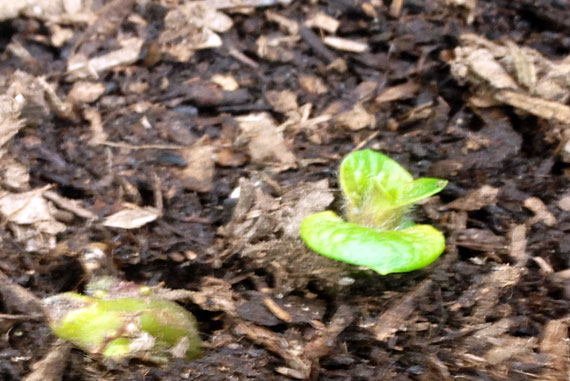 I followed all the directions and covered them as they got bigger. I used fir bark, though I read we could have used hay or just more dirt, as long as they were well-drained and had plenty of water. The plants didn’t grow at the same rate through, so covering them proved to be challenging.

Eventually, I had to bury one of the plants completely. That was ok though. There were still two viable plants and I knew there would be plenty of potatoes between them! When the plants reached the top of the trash can and the leaves started to turn yellow and die, I knew they were almost ready! 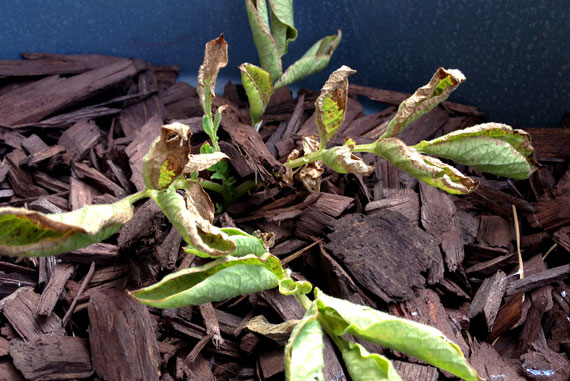 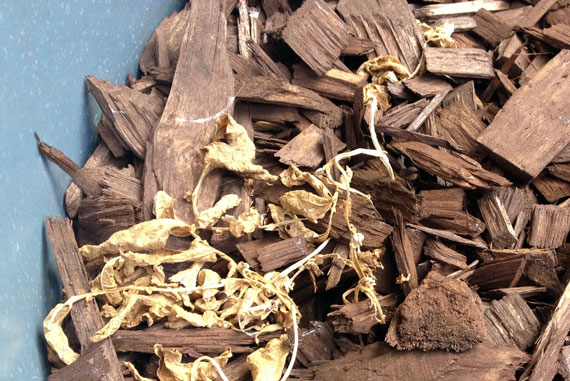 The day finally arrived! It was time to unearth my potato project treasures! With visions of rosemary-crusted, roasted fingerlings in my head, I tore into that dirt-filled trash can with childish glee.

At first, I didn’t find anything. Nothing but dirt and bark. Then, near the bottom of the trash can, I found a beautiful rose-colored potato! Eureka! I knew I hit the jackpot, so I continued to dig! 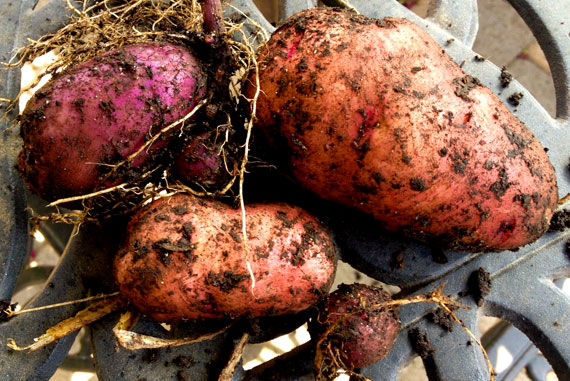 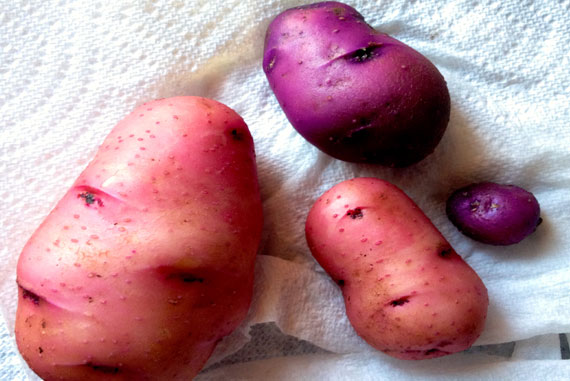 Yep. That was the whole harvest. Weeks of watering and burying plants and I get 3.25 potatoes. Thankfully my family wasn’t relying on this crop to get us through the summer. Yeesh!

So what went wrong? I’m not sure. If anyone has had success with trash can potatoes, I’d love to learn how to improve for next time! You can bet there will be a next time too. I have a 30 gallon trash can with holes in the bottom. What else am I going to do with it?