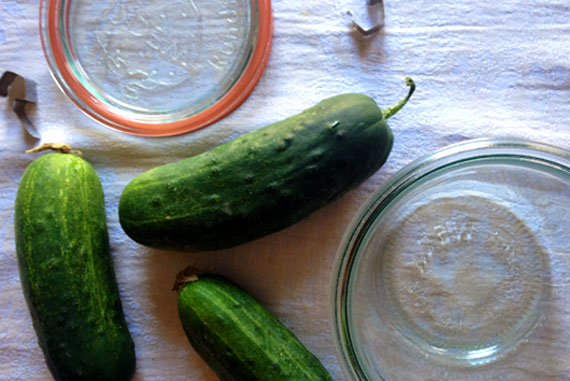 When you say pickles, do you think of cucumbers? Most people do!

This recipe is no exception. (Although, pickled fruits are incredible – more on that later!) Fast and easy, these Garlic & Dill Refrigerator Pickles don’t require weeks of sitting on the counter before you can enjoy them. Dill pickles in my house, are one of those things we reach for as a snack, to chop up for burger toppings or add to sandwiches. I need to be able to make them quickly, because they disappear quickly!

Wash and dry your cucumbers thoroughly. Cut off the ends, then cut into spears or chips, whichever suits your fancy. I usually make both at the same time. 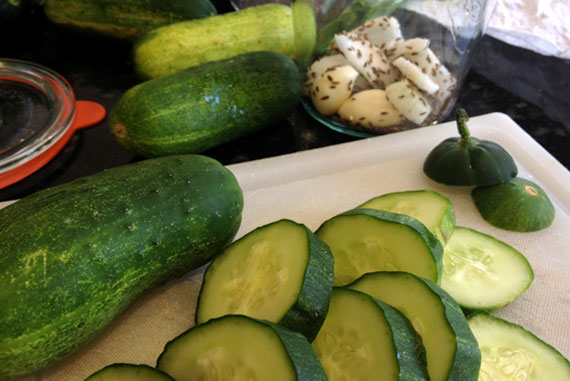 Separate your seasonings equally among the jars. This recipe will make 2 1-pint jars and a half-pint jar to give to your friends. (Or for your youngest son to take on his first solo camping trip because he asked for them. You know. Whatever. *sob* They grow up so fast!)

Place the cider vinegar, water and salt in a small saucepan. Bring to a boil and then turn off the heat. You will have extra brine leftover and that’s ok!

Stuff the pickles into the jars as tightly as possible without smashing them. I found it helpful to lay the jar on it’s side for the spears. Once it’s nearly full you can stand the jar up again and finish adding the last few. You may need to get creative with the chips though. Those, I tend to just shove in the jar! 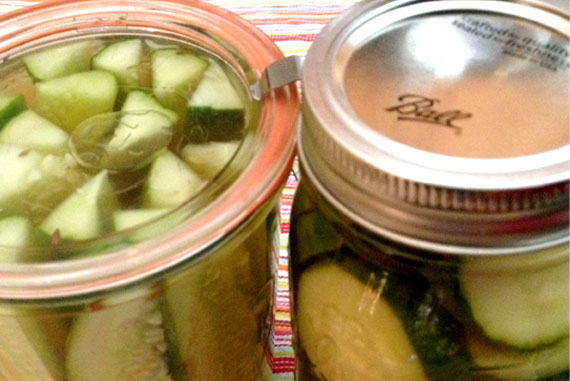 Pour the hot brine over the cucumbers, leaving ¼ inch headspace. Tap the jars lightly on the counter and use a wooden chopstick or the handle of a plastic spoon to move the pickles and dislodge any trapped air bubbles. If needed, add more brine to the top of the jars to maintain that ¼ inch headspace. Carefully wipe the rims of the jars with a damp paper towel and then apply the lids and rings. Let the jars cool on the countertop for 3 hours (or until completely cool) before putting them in the refrigerator. These pickles need to cure at least 24 hours in the fridge before you eat them. If you can keep your hands off them for a week, they’ll be even better! Or so I’ve heard. I haven’t been able to last that long myself! 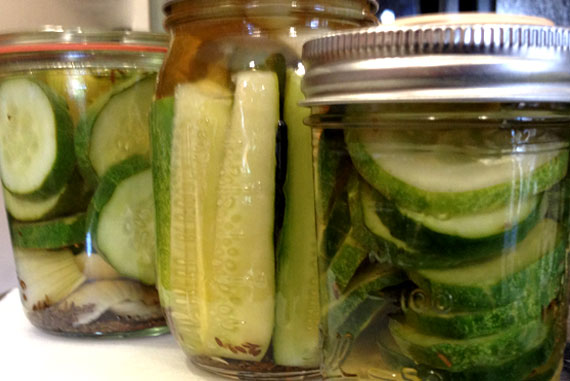