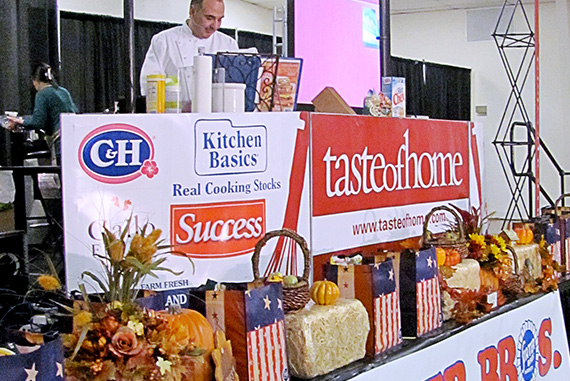 My Mom renews my subscription to Taste of Home’s “Simple & Delicious” magazine every year. One of my favorite things about their magazine is finding Sandy’s Wand! It’s a monthly contest to find a picture of a magic wand hidden in the magazine.

Aside from a fun monthly contest and lots of great magazines, Taste of Home also has a traveling Cooking School! Their staff of Culinary Specialists go all over the country doing cooking demonstrations. I’ve checked their Cooking School schedule and they were never near my house. This summer I discovered a demo about an hour away, but it wasn’t until November. To be honest, I’d forgotten about it until just a few weeks ago. Thankfully, I hadn’t missed the date AND there were still tickets left. So Thursday night, we headed to Victorville, CA to take part in Taste of Home’s Cooking School! 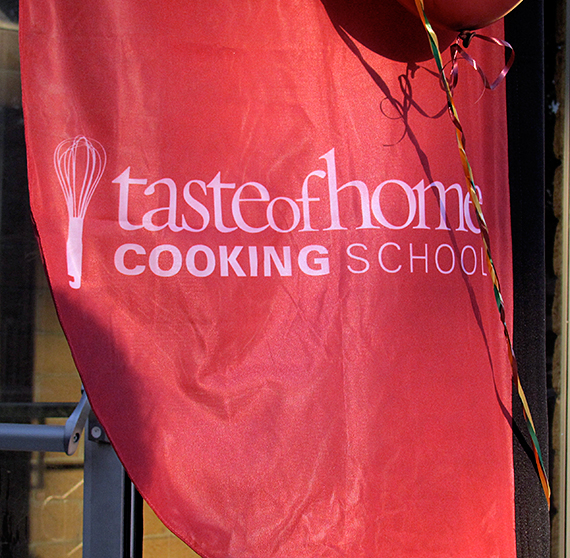 We arrived well before the scheduled opening, which gave us plenty of time to chat with the other women in line. This was not their first demo with Taste of Home! We learned about door prizes and the vendors inside too! From the website I learned the seating was first-come, first-serve, hence the reason we were early – I like to be up front! When the doors opened, we went inside, got our goodies bags and claimed our chairs right behind the VIP section! Inside our goodie bags were tons of coupons and recipe books, two magazines – including a special Cooking School edition that had all the recipes (and more!) we’d see that night, a bottle of mustard, a scraper, a wooden spoon, a refrigerator magnet, a free one year subscription to Taste of Home as well as an entry form for the door prizes. Those things alone were more than the price of admission! I was already impressed! Since we were early we had plenty of time to browse the vendors. Princess House, Tupperware, Pampered Chef, Edible Arrangements, a local day spa, a local clothing store, a bakery and the local newspaper were there. Each vendor had a door prize and the grand prize was a big recliner from a local appliance store. We wondered briefly how we’d get that home if we won. (We didn’t win it, but it was fun to imagine!)

When the demo started, we were introduced to Chef Eric Villegas. 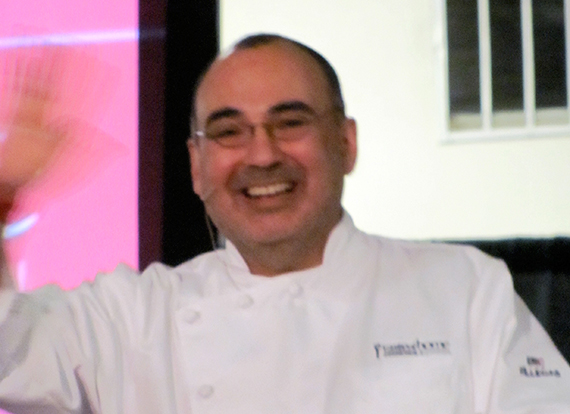 Eric has an engaging, bubbly personality, plus plenty of ways to explain what he was doing! I learned some great new tips from him. We laughed the whole night! He is an excellent spokesperson for both Taste of Home and their National Sponsors! 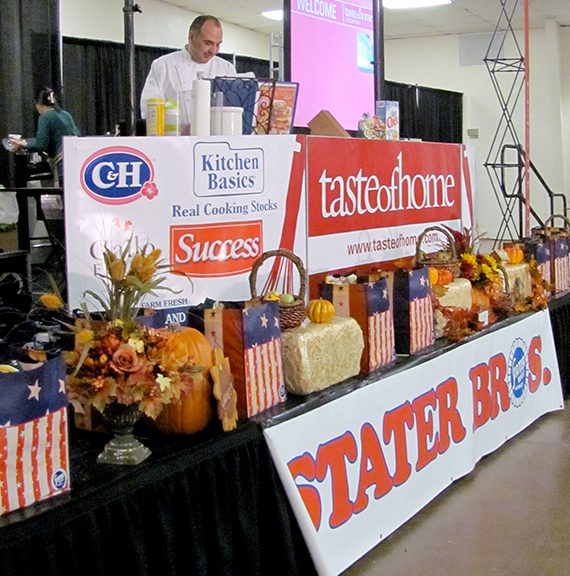 Chef Eric made ten different dishes, each from a different National Sponsor. The sponsors were The National Pork Board, Birds Eye Voila!, Gallo Family Vineyards, Success Rice, Kitchen Basics Stocks, C&H Organic Agave Nectar, Egglands Best Eggs, West Bend Electronics, Chex Cereal and King Arthur Flour! After every recipe, he gave away a prize from each sponsor. There was a lot of cool stuff! I sure wish I’d won the West Bend Countertop Convection Oven. That’s right! They gave away an OVEN! How cool is that? We had a break mid-way through the demo and during the break there were more door prizes from the vendors and other give-aways! It was a lot of fun! I learned a lot from Chef Eric and even more about the National Sponsors. I was most impressed with Gallo Family wineries who are doing “Corks for a Cause.” Right now, through Dec 31st, every cork you send back to them, they are donating $5 to Meals on Wheels. FIVE DOLLARS a cork! That’s pretty cool! 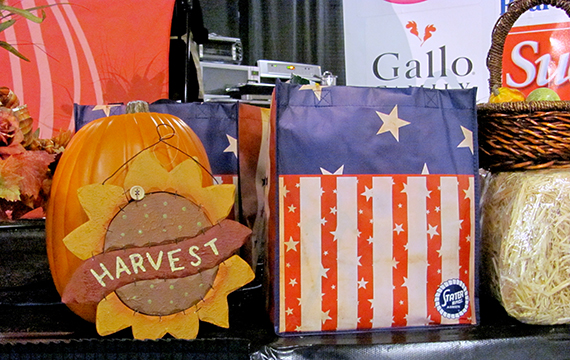 Stater Bros. grocery store was one of the local sponsors and they gave away bags of groceries! The VIP folks all got goodie bags from Stater Bros too. At the end of the night, Chef Eric gave away each of the dishes he’d prepared. They were all plated on gorgeous platters and in pretty soup bowls.

The night was great fun and I’d encourage everyone to check out Taste of Home’s cooking schedule to see if they are coming to a town near you. It was worth the drive!