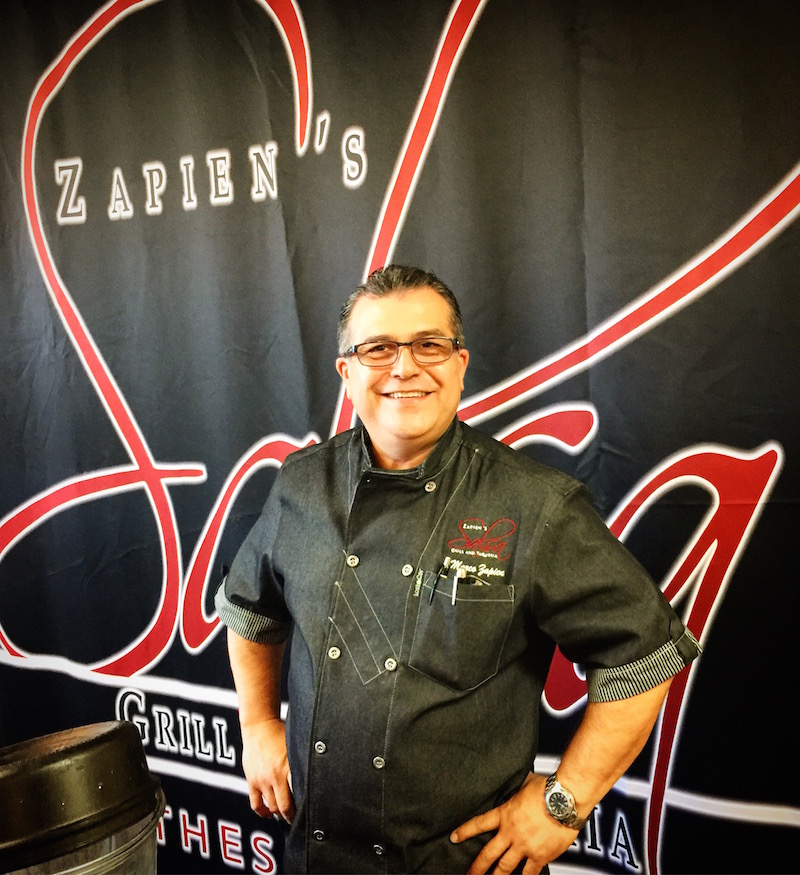 Hi friends! Earlier this week I was fortunate enough to be invited to attend a media lunch for the grand re-opening of Zapien’s Salsa Grill and Taqueria in Pico Rivera, California. We had a wonderful meal and watched a cooking demonstration by Chef and co-owner Marco Zapien. This little family restaurant has been in business since 1994 and since 2006 has won numerous awards, including “Best Mexican Restaurant in Los Angeles” seven years in a row. 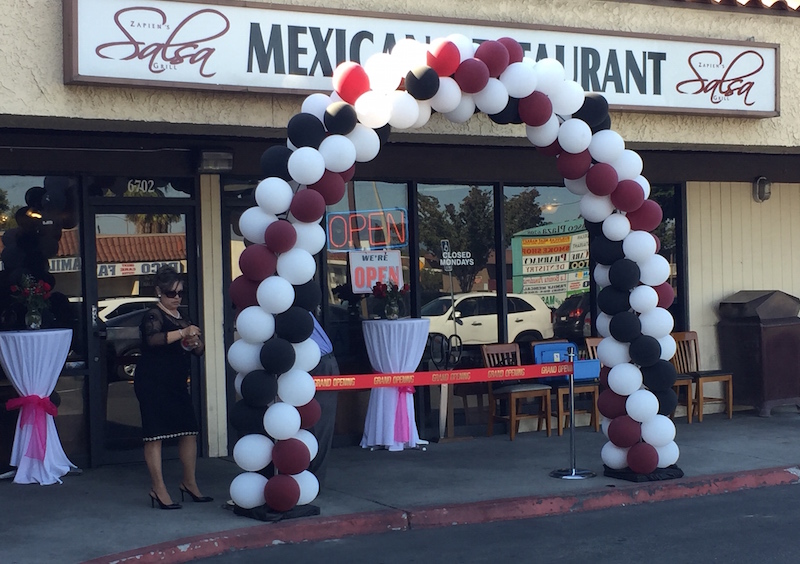 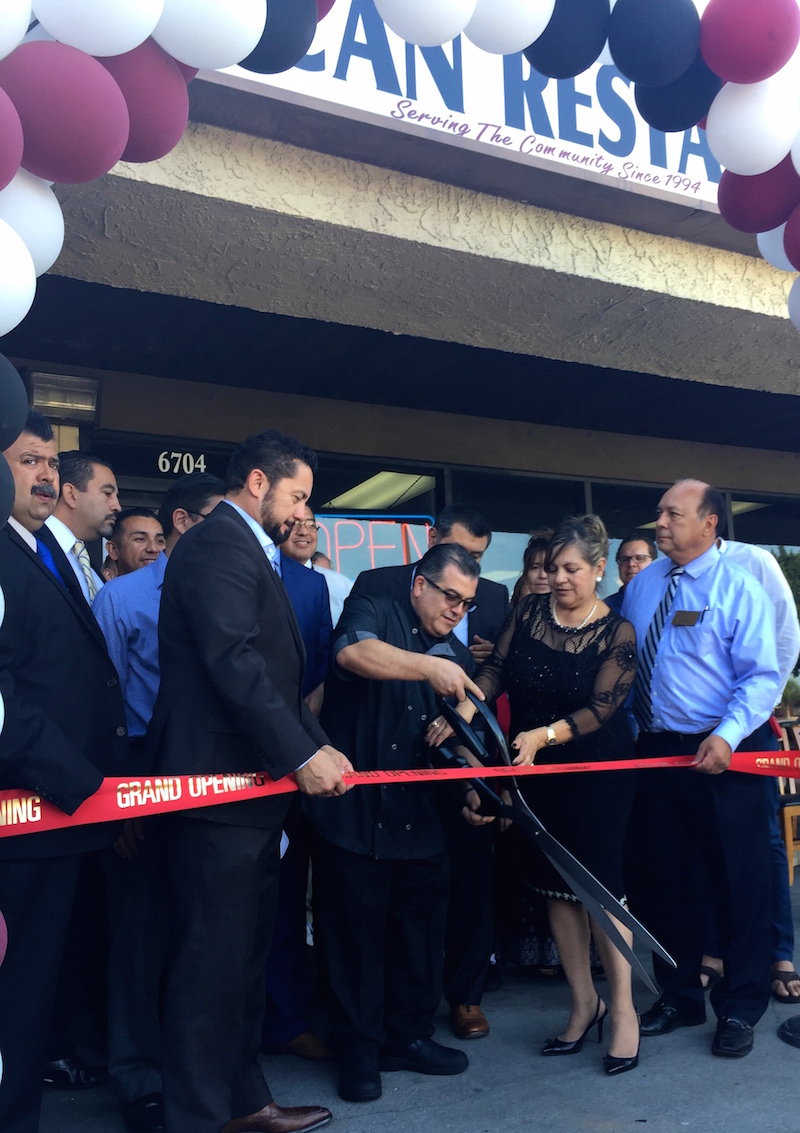 It was fun to be a part of this re-opening celebration! Zapien’s had been closed nearly two weeks for renovations and they were ready show off their new look! Upgrades to the restaurant include new floors and base boards, a complete bathroom remodel, fresh paint, upgraded ceiling fans and new restaurant furniture! In attendance were many dignitaries from the Pico Rivera area, as well as a group of bloggers and the fine folks from Melissa’s Produce. For lunch, we had some of Zapien’s Salsa Grills most popular dishes. Here was our amazing menu: 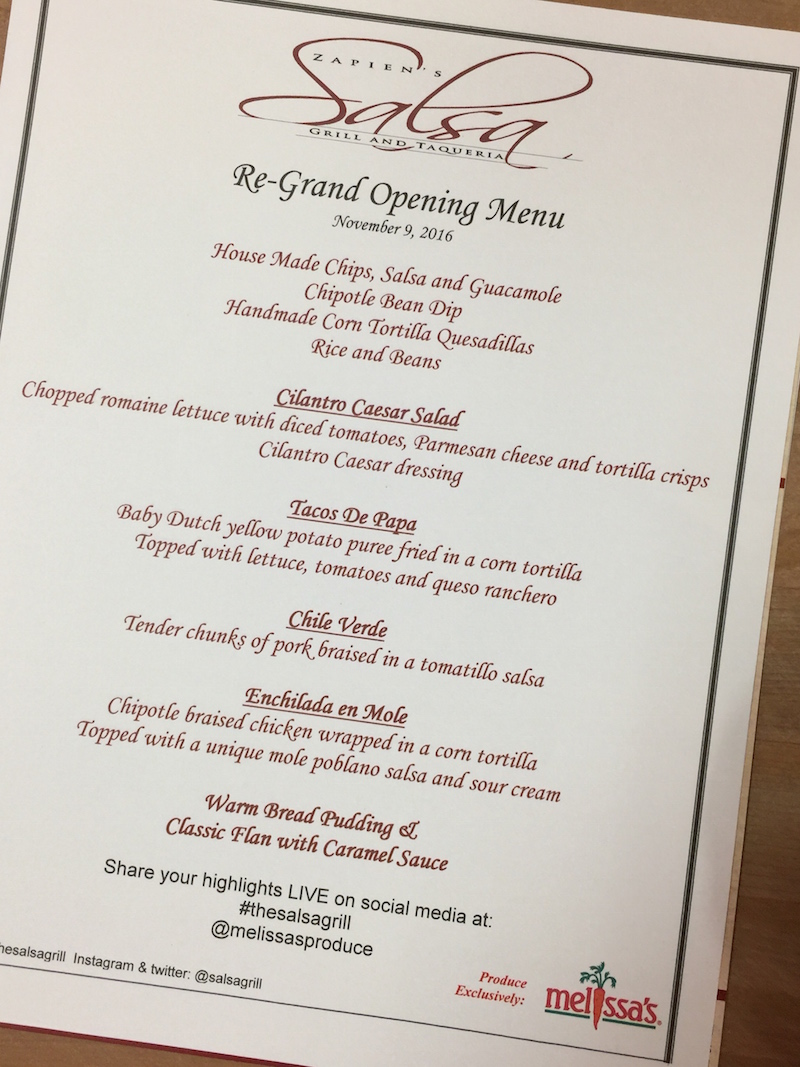 You can’t start a meal without appetizers and the staff (many of whom have been with Zapien’s for years and years) served up several of them. They shared with us House Made Tortilla Chips with Table Salsa, Guacamole (made fresh every day), Chipotle Bean Dip with Chorizo, and Handmade Corn Tortilla Quesadillas stuffed with Jack Cheese and served with a medium-hot salsa! 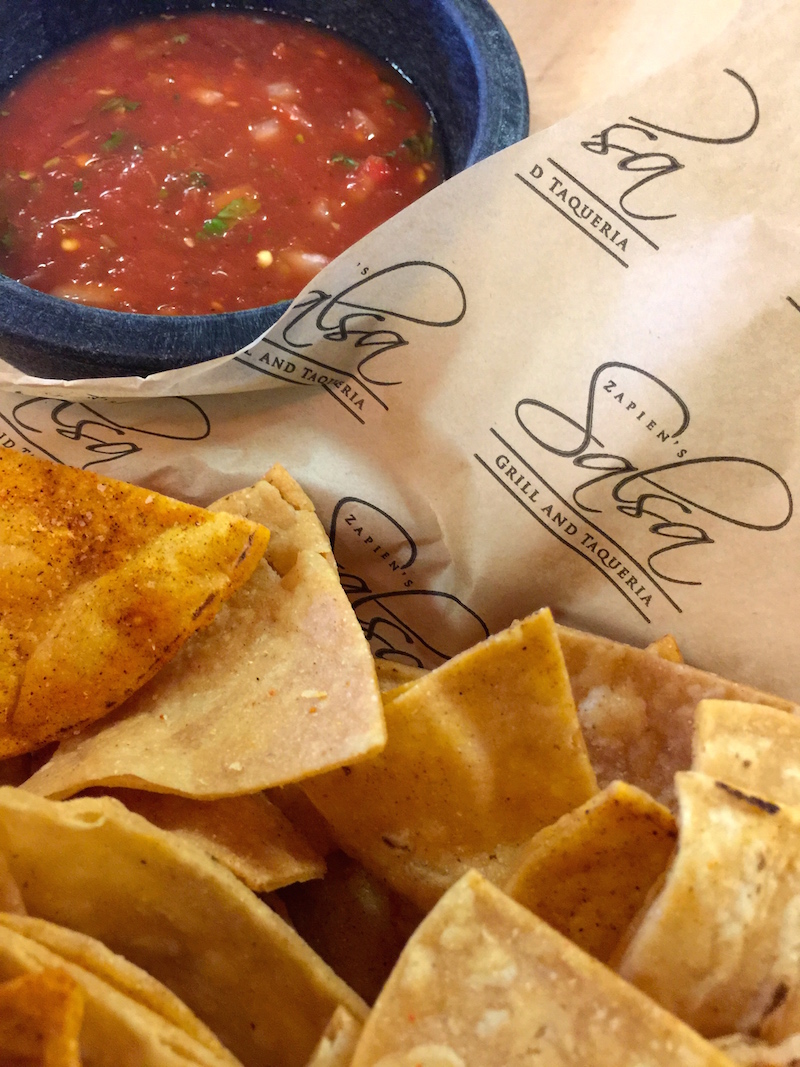 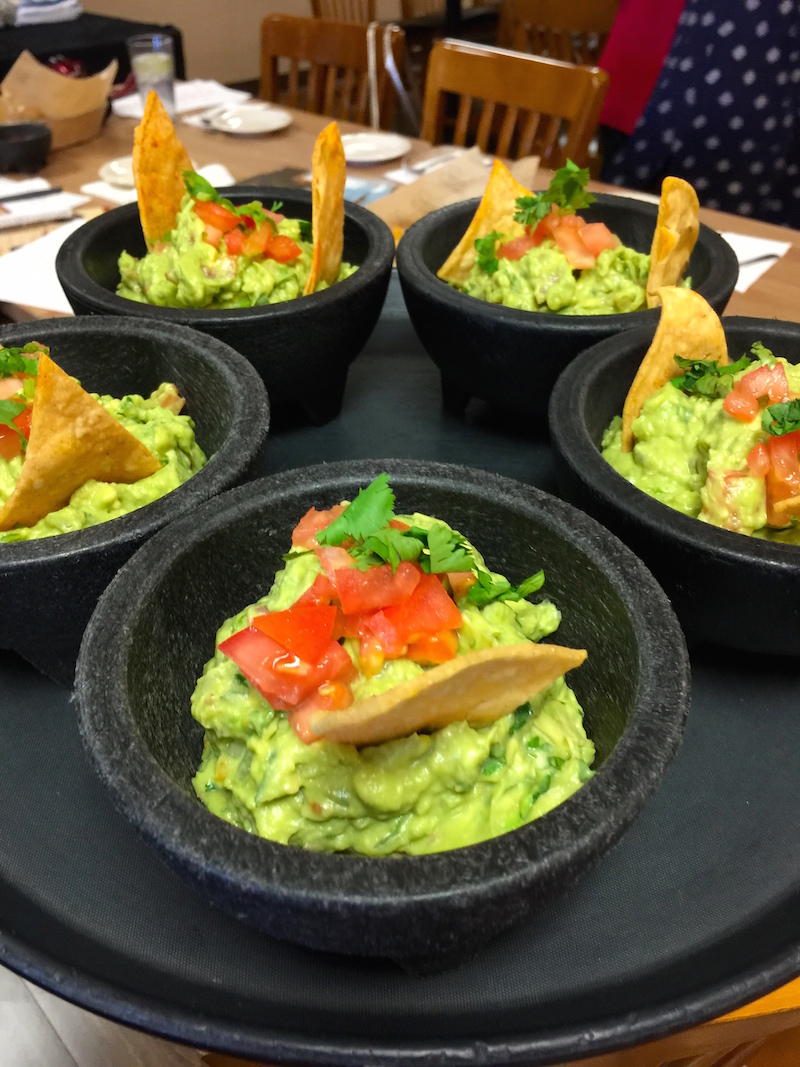 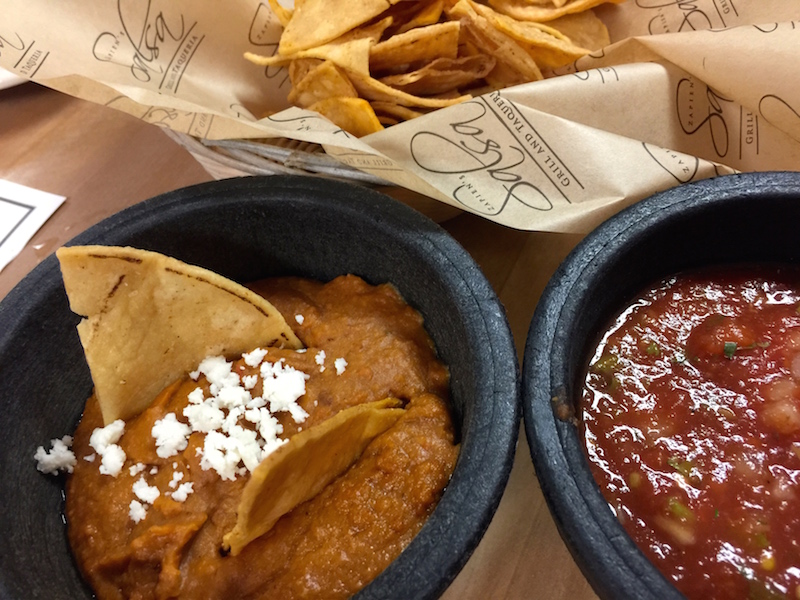 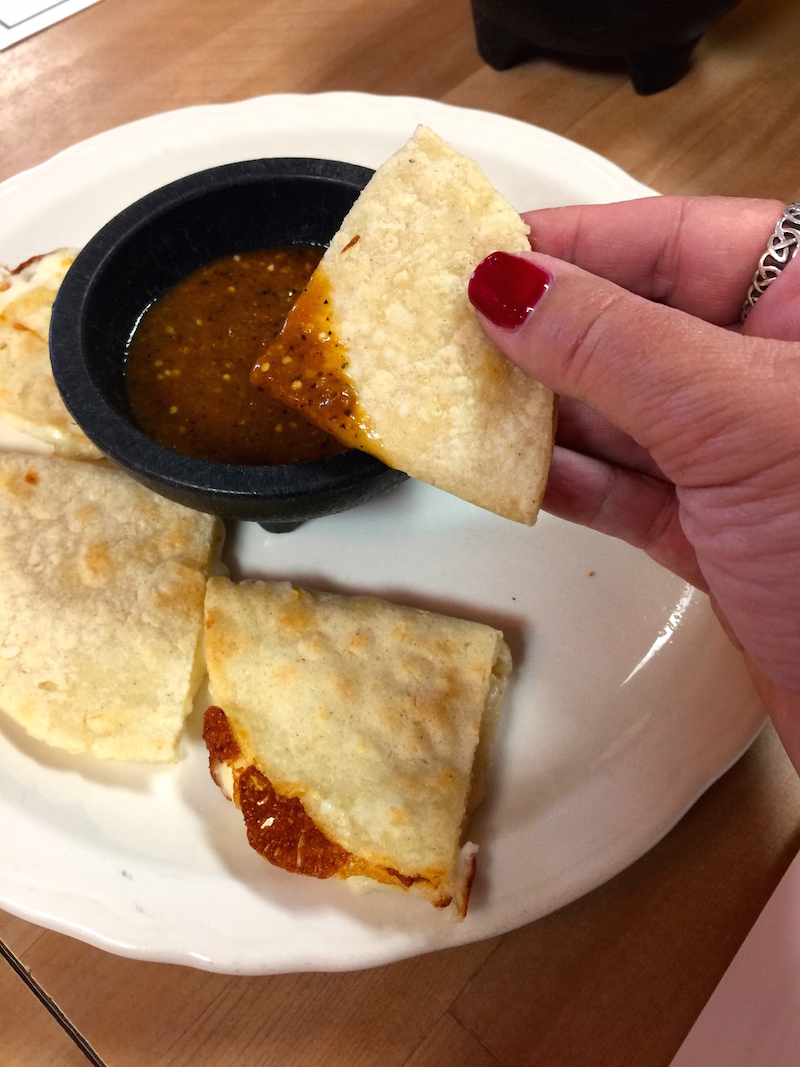 Another delightful (and delicious) part of the Zapien’s Salsa Grill experience, are their fresh, handmade corn tortillas. They have a tortilla station in the dining room of their restaurant where they hand-press and grill tortillas all day, every day. This was one of my favorites. I could easily have been happy with simply a pile of fresh corn tortillas and a bowl of Chef Marco’s Chile Verde. 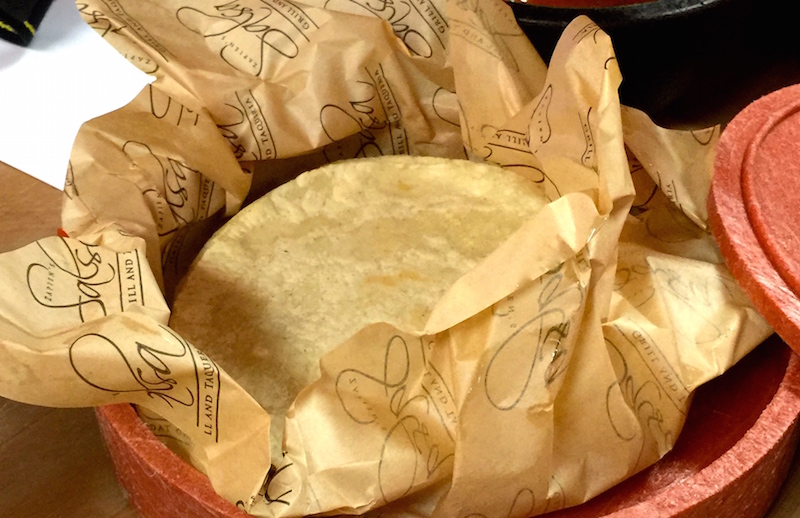 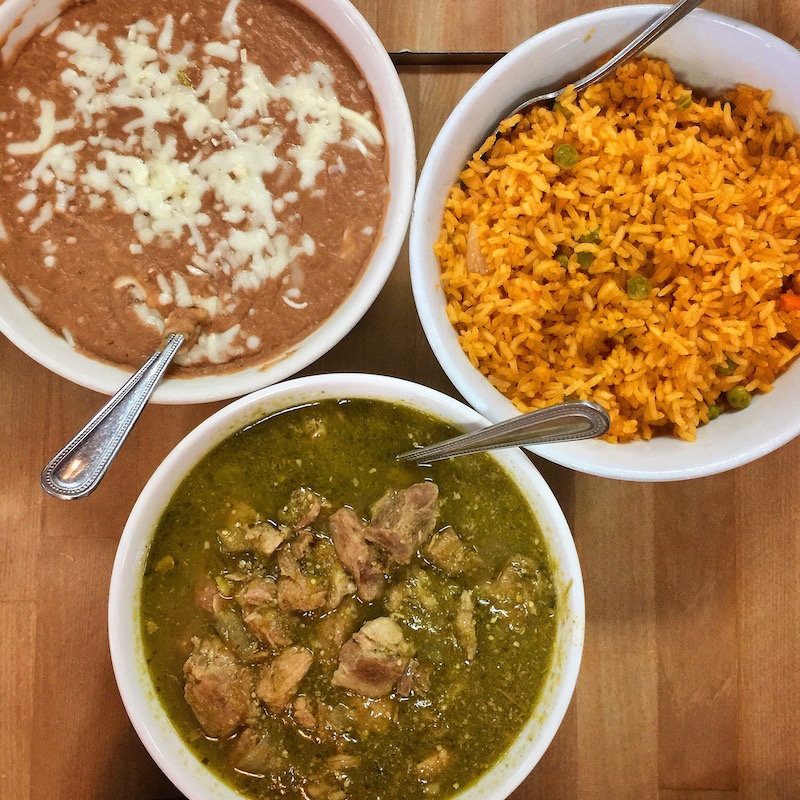 Speaking of Chile Verde, it was the dish Chef Marco demonstrated for us during lunch. (We even got the recipe!) He starts his Chile Verde with chunks of pork shoulder, simmered in chicken broth with onions and chopped garlic. For the sauce, he sautés more onion, garlic, bell peppers, cilantro and tomatillo’s in a bit of oil, then runs everything through the blender with a bit of jalapeño and some of the pork broth. The pork is strained from the original broth and added to another pot with the tomatillo salsa. Chef Marco simmers the pork and tomatillo mix again to blend the flavors together. It was delicious. I can see why it’s one of his more popular dishes. 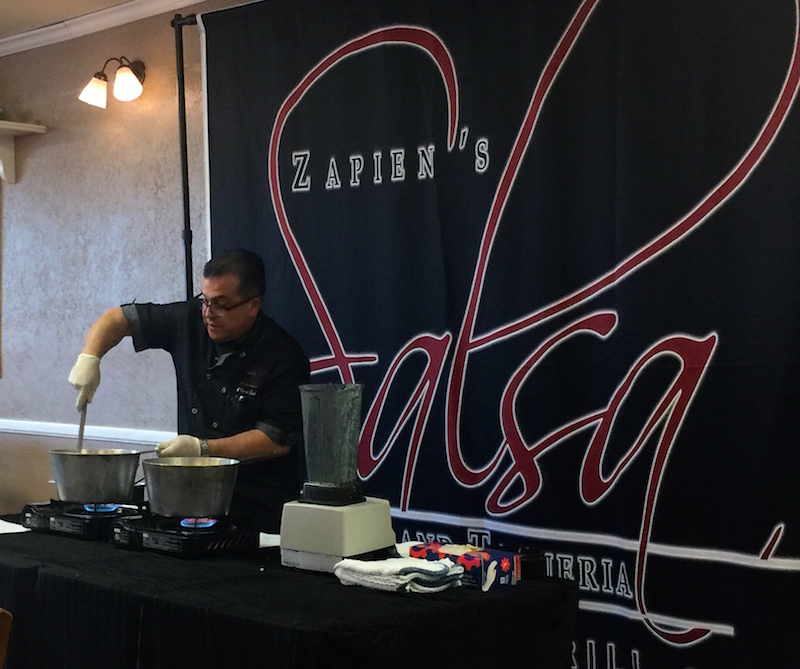 Chef Marco didn’t have a cooking demonstration just for us. He holds several cooking demonstrations at his restaurant throughout the year. Each class highlights a different theme or culinary focus. Upcoming classes include a Thanksgiving menu and in January, the class will be Superbowl themed!

We also sampled the Cilantro Ceasar Salad with crunchy strips of red tortillas, served with a tangy Cilantro dressing. I’m a big fan of Cilantro Dressing and this one did not disappoint! 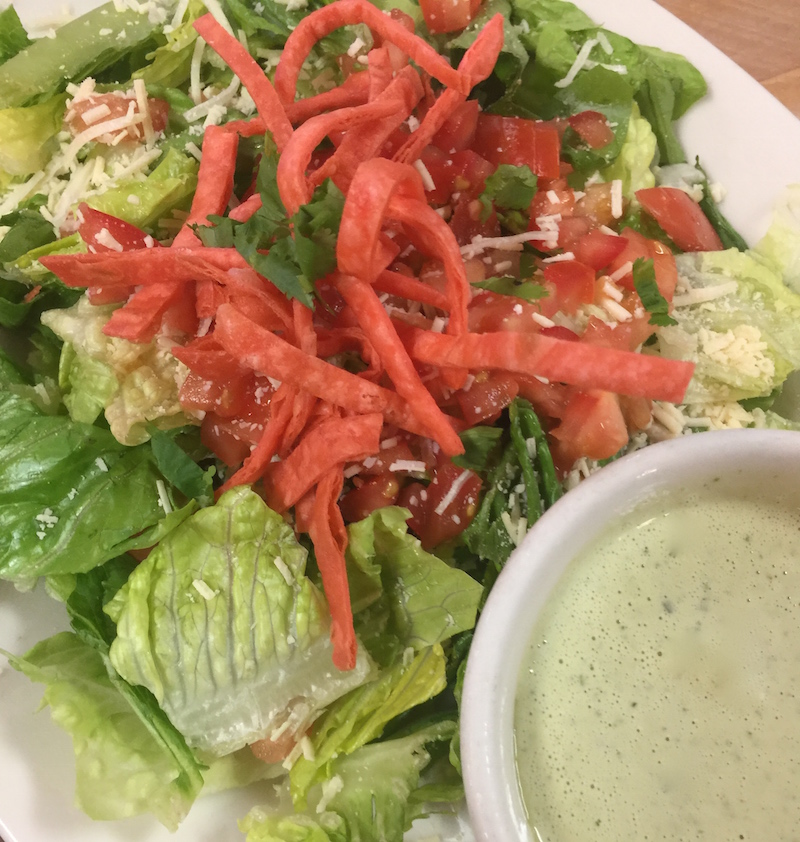 Tacos dorados de papas, otherwise known as potato tacos, were another highlight of our lunch. They were served in crunchy corn tortillas, filled with thick, creamy, mashed potatoes, lettuce, diced tomatoes and sprinkled with ranchero cheese. Chef Marco makes these tacos using Melissa’s Produce Dutch Yellow Potatoes. These are so flavorful and filling, you won’t miss the meat. 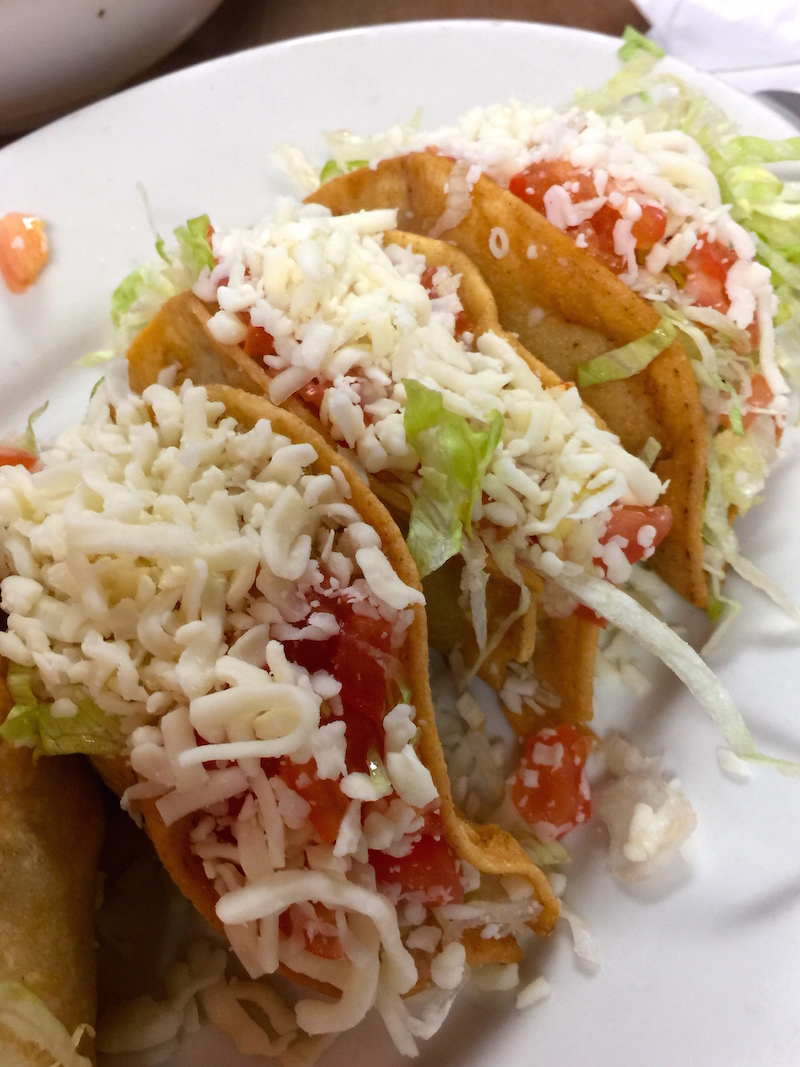 Next we sampled Enchilada en Mole. These were chipotle braised chicken enchiladas wrapped in corn tortillas and topped with a mole poblano salsa, sprinkled with sesame seeds and served with a sour cream drizzle. Honestly, I know very little about Mole sauce, other than it is a blend of chocolate, peppers and about a million other ingredients. People around me, who know far more about Mole and have tasted many different types, say Chef Marco’s Mole is one of the best they’ve ever had! 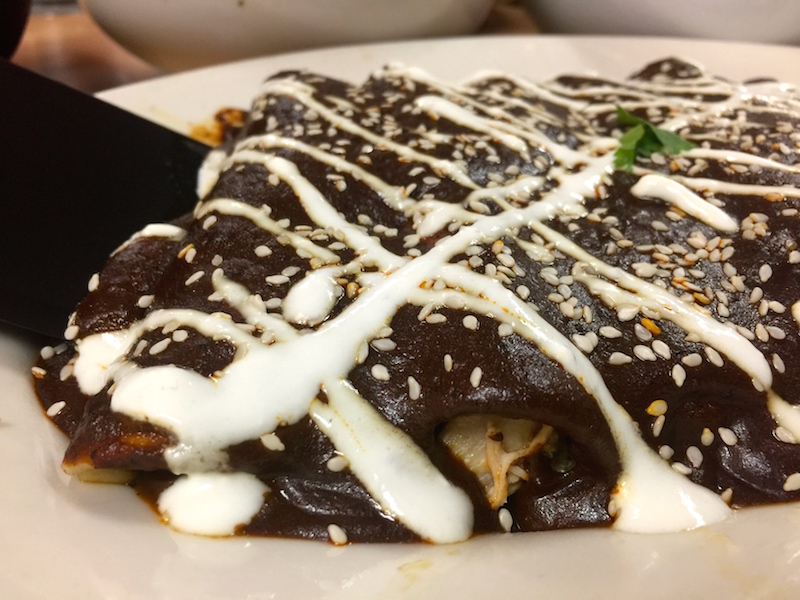 Chef Marco offered a vegetarian option of the Enchilada en Mole, served very much the same way, with a filling of grilled vegetables in place of the chicken. Doesn’t it look great? 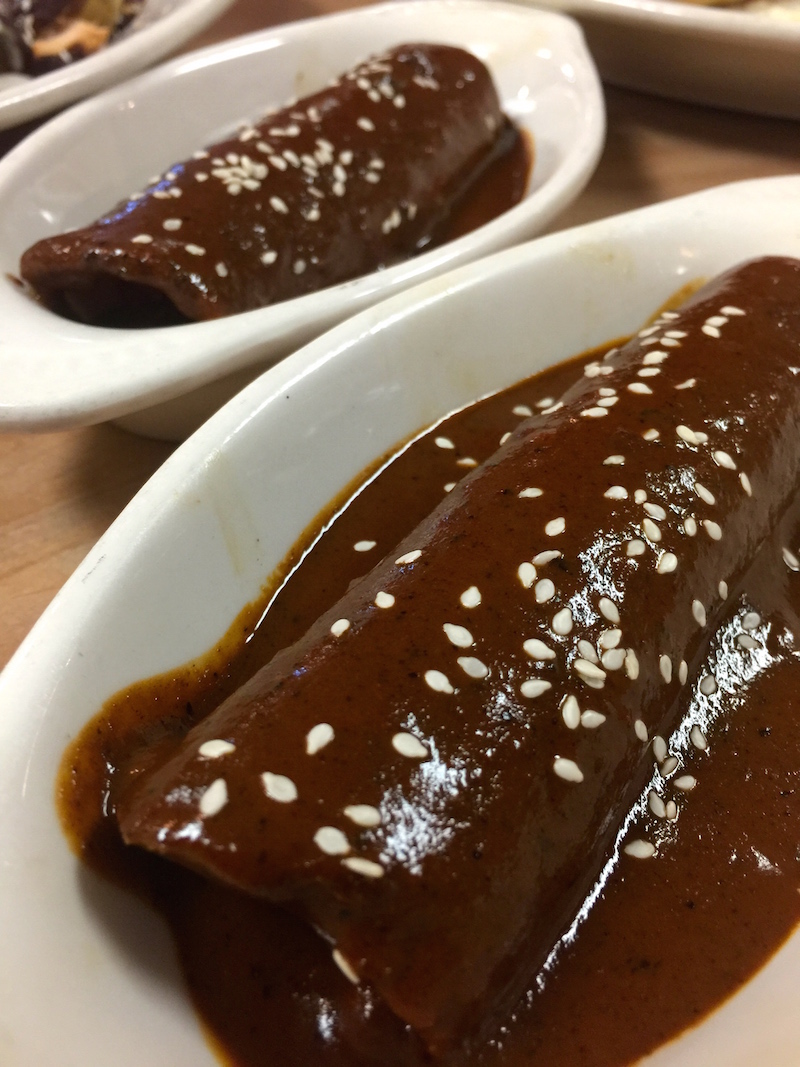 No lunch is complete without dessert and we sampled two different desserts from Zapien’s menu. We had Warm Bread Pudding (one of my favorite desserts of all time) and classic Mexican flan with caramel sauce. They were served alongside hot coffee steeped with cinnamon. It was a nice ending to a truly delicious meal! 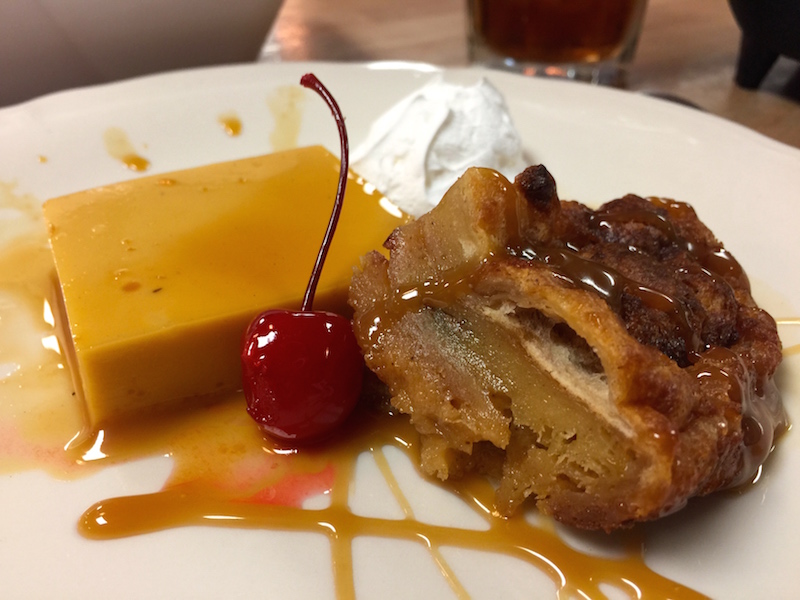 Zapien’s Salsa Grill and Taqueria features traditional family recipes, has extensive breakfast, lunch and dinner menus as well as a diverse line-up of Mexican Beer, Micheladas, and Wine Margaritas. They offer catering, party packs and even have a fundraiser menu!

So, if you live in Southern California and you’re looking for some great, homemade Mexican food, stop in to see the Zapien Family and Chef Marco in Pico Rivera! The lunch specials and Chef Specialties change every few months, so be sure to check in often. We plan on going back for dinner very soon!

You can find Zapien’s Salsa Grill at: