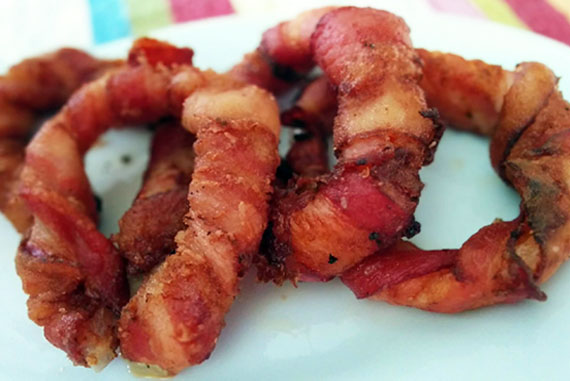 Hi everyone! If you’ve been following for any length of time, you know I’ve entered exactly ONE cooking contest in my whole life. It was a recipe for Peachy Almond Ginger Ice Cream! It’s a spin on my favorite Peach Cobbler recipe and the perfect way to use the bounty of summer stone fruits. A few other folks thought it was pretty good too and it took home top honors in the contest. There is even a spiffy Ruby Red 7 qt Kitchen Aid stand mixer on my counter to prove it! Kinda cool, right?

Fast forward 10 months and I find myself entering a second cooking contest! This one isn’t for ice cream, it’s for Saucy Mama’s Sauces and Marinades. It’s a bit of a departure from my usual fare to think about BBQing, but it has been a delicious and spunky departure!

When our Saucy kits arrived, the first thing I did was dive in and taste everything! YUM! 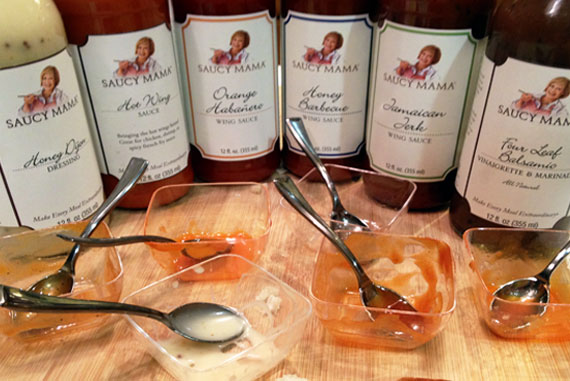 Then came the difficult decision of narrowing it down to one favorite. (I actually had three!) The more difficult, but delicious, creation and testing of recipes was next! It’s not an easy job to taste one tempting dish after another, but somehow my family muddles through. I’m sure they’d tell you it’s a huge sacrifice… *cough*cough* yeah, sacrifice.

So what was the final decision among the delectable bounty of Saucy Mama Sauces? Well, the Honey BBQ sauce was a winner and so were these Bacon Wrapped BBQ Onion Rings!

These rings might change the whole course of your summer BBQ’s. Simple to put together, they are a fun side dish to have with hot dogs, burgers, ribs, chicken, well, let’s face it, pretty much anything.

The first step, is to slice several onions into THICK rings. 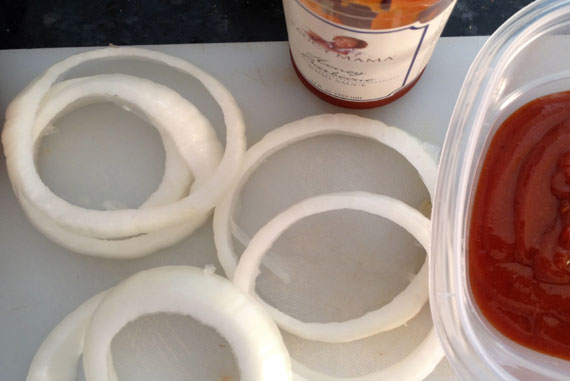 Then, let them hang out in Saucy Mama’s Honey BBQ sauce for at least 15-30 minutes.

After your rings are good and saucy, wrap them in several slices of bacon. You’ll need toothpicks to hold them all together. They don’t photograph too well, but you get the idea! 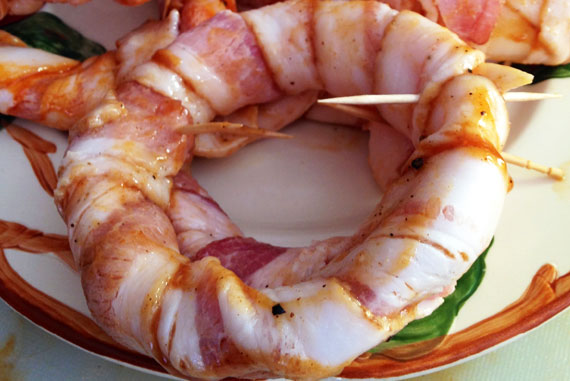 A light dredge through some seasoned flour and they’re ready for the fryer!

You read that correctly. Fried. Deep fried, bacon wrapped, BBQ onion rings. Yep, I went there… and it was DELICIOUS!

Give them a try and see if they don’t quickly become one of your summer favorites too!