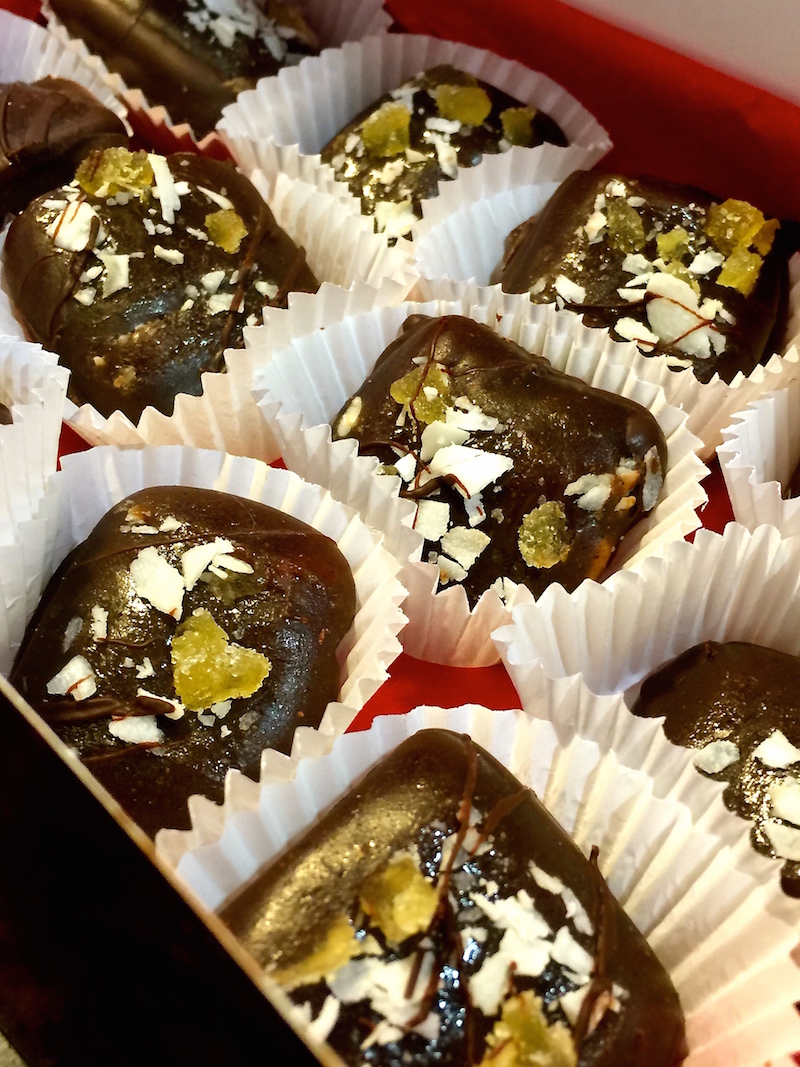 Welcome back!  The last few months have flown! Can you believe it’s already the middle of December? I hope you’re all having a wonderful holiday season! This week, I made Spiced Orange Caramels for a holiday gathering at Melissa’s Produce!  They were having a dessert contest utilizing their fabulous produce items.  You know I’m all about the dessert, so I had to make something fabulous.  For the caramels, I used Melissa’s Cara Cara Oranges, Whole Vanilla Beans, Crystalized Ginger and Coconut Chips!

I have to be honest.  These Spiced Orange Caramels were challenging.  Not because it’s a difficult recipe, but because, apparently, I don’t know how to read.  The first time I made these caramels, I followed the directions exactly (or so I thought!) but they didn’t turn out well.  The caramel never set and it was more sauce, than candy.  Very disappointing!  So, I tried again.  The ingredients were all the same.  The directions were clear.  Yet, they still didn’t turn out.  Even worse, the second batch was much less firm than the first.  I ran through all the possible scenarios in my head…  candy requires the proper humidity or things won’t set, was it too hot or cold in the house, was my candy thermometer not accurate, was the recipe itself to blame, was there a misprint somewhere in the ingredient list?  So many things could have created this sad situation, not once but twice, but what was it?  As it turns out, the culprit was none of the above!  My old eyes and dyslexia caused the problem.  Candy, as you may or may not know, has to reach a certain temperature for it to behave the way you want it to behave. Thread stage (230° F–235° F) makes lovely syrup, Soft Ball Stage (235° F–240° F) can create delicious fudge or pralines, Firm Ball Stage (245° F–250° F) makes… wait for it… caramel!  The first two times I made these, I only went to 225° F.  Well, of course they aren’t going to turn out if I didn’t even bring them up to the first stage!  To be fair, the recipe very clearly says 255° F Rich and decadent, you’ll only want one or two at a time.  The caramels pair very nicely with a hot cup of black tea!  They make nice gifts too! .  How my brain switched from 225° F and 255° F, I will never know.  Thank goodness, y’all know this is an Imperfect Kitchen and my mistakes can be your learning experiences. Always read the directions (and temperatures!) carefully before you begin.  More than once is probably a good idea!  Even two or three or sixteen times might be in order.  If something feels wrong or “off” about what you’re doing, question everything!  Thankfully, the third time is a charm!  Once I read 255° F, it all made sense.  The bells rang.  The angels began to sing.  It was beautiful! 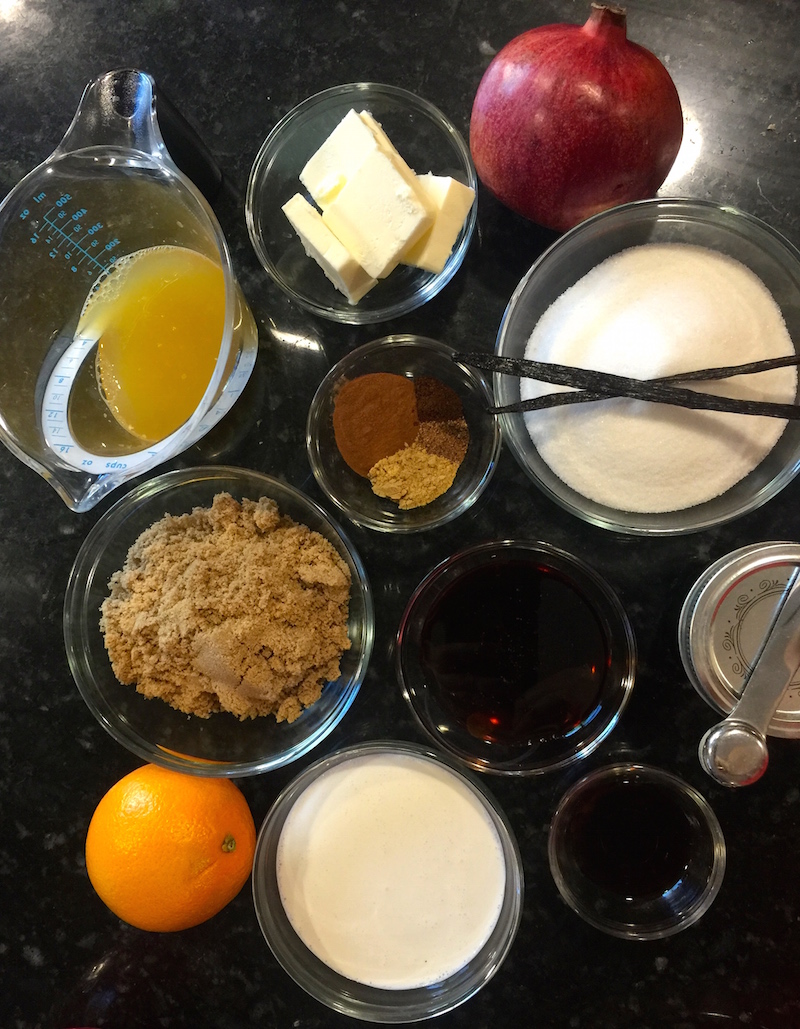 These caramels are full of spices which unfold in your mouth in layers of delicious flavor.  They have ground cinnamon, cloves, nutmeg and ginger, as well as the seeds from a whole vanilla bean.  As you chew them, different notes come forward. They are quite an experience to eat. 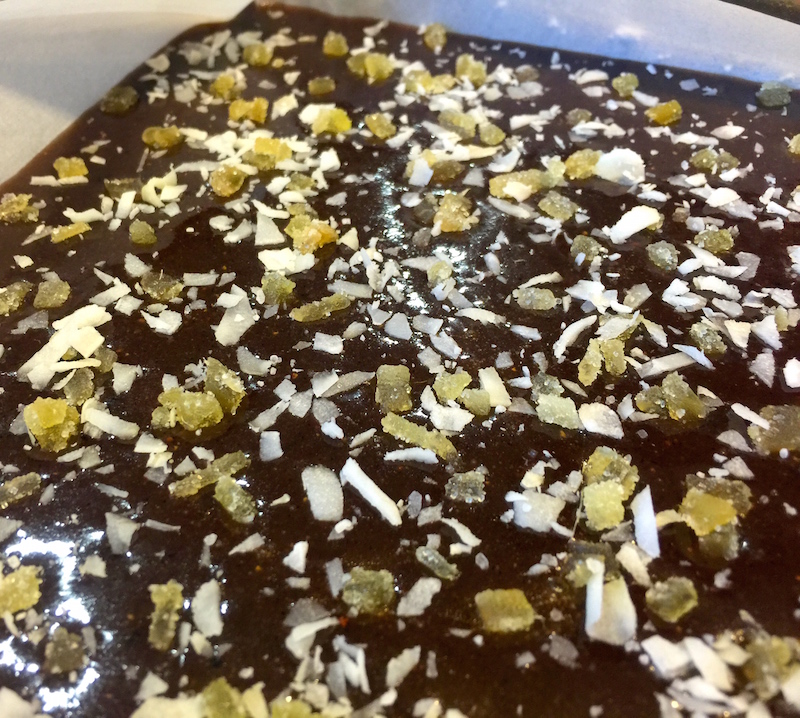 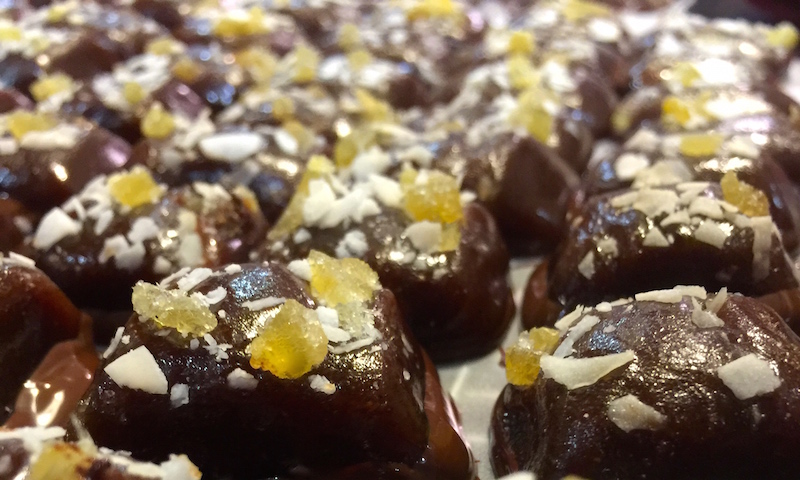 Rich and decadent, you’ll only want one or two at a time.  The crystalized ginger and coconut add a nice texture to the top, while the dark chocolate bottom rounds out the heat from the cinnamon and compliments the orange in the caramels themselves.  They pair very nicely with a hot cup of black tea too!  They make a nice hostess gift too! Who doesn’t love it when a guest shows up with candy? ;-)

I hope you try these Caramels.  They really are amazing!  Just remember to bring the temperature all the way up to 255° F the *first* time you make them!

Till next time!  Live deliciously, my friends!

The layers of spices and orange flavor shine in these old fashioned caramels!
Print Recipe

Tried this recipe?Let us know how it was!